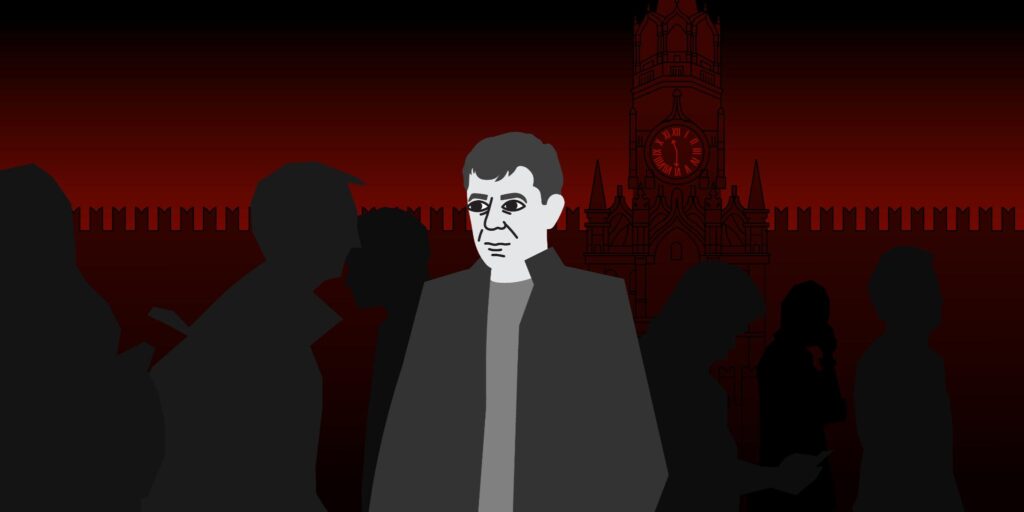 Boris Nemtsov, a former opposition leader and critic of Vladimir Putin, was followed by an FSB agent linked to an assassination squad for almost a year before he was shot dead just yards from the Kremlin in 2015, according to a joint investigation by Bellingcat, The Insider and the BBC.

It reveals evidence that Nemtsov was tailed on 13 trips before he was killed, days before he was due to lead a protest against Russia’s 2014 invasion of Ukraine.

According to his documents, the agent’s name is Valery Sukharev. All the evidence suggests that at the time, he served with the FSB, Russia’s main security agency, the BBC reports:

One of the mandates of the FSB is to manage internal political threats on behalf of the Kremlin, including monitoring movements of people across the country. All flight and train reservations are recorded in an FSB database called Magistral. But the database not only captures the movements of people Russian agents might want to track, it can also be used to reveal the movements of the agents themselves – people like Mr Sukharev. This kind of information is often leaked on to the black market and ends up in the hands of journalists. 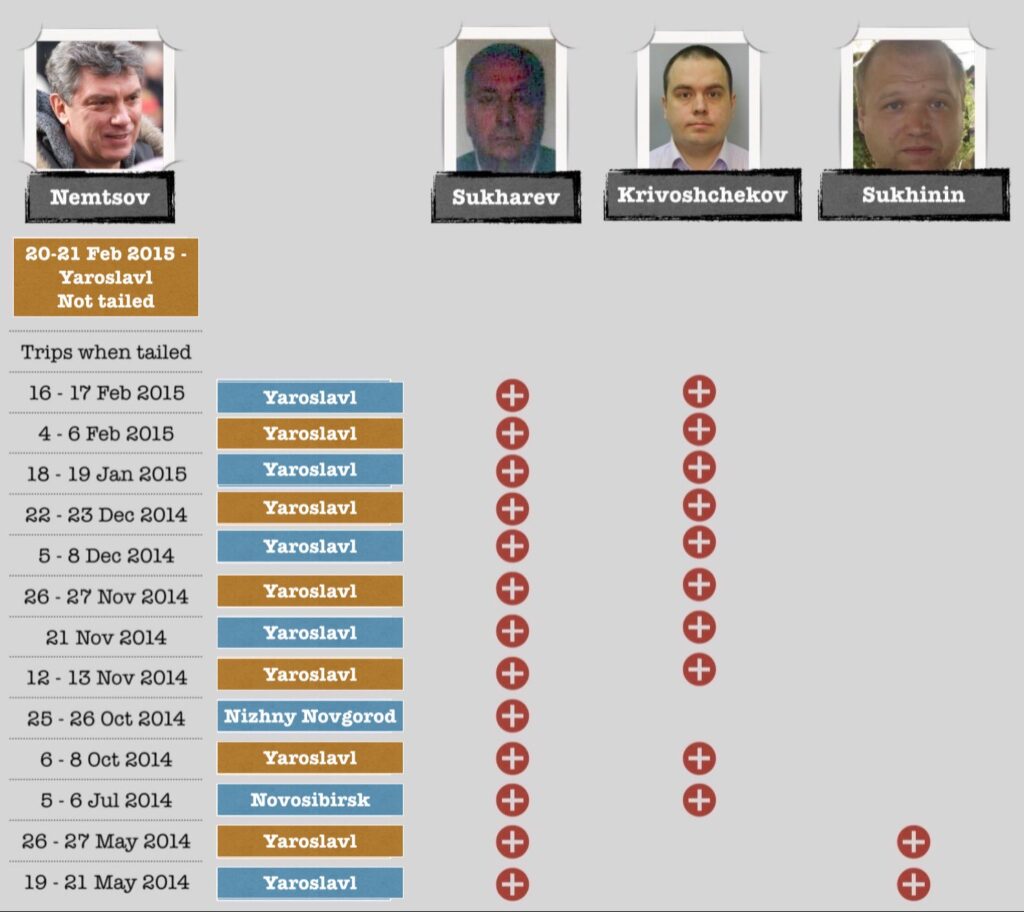 Nemtsov was tailed by Sukharev, Krivoshchekov and Sukhinin between May 2014 and February 2015. Credit: Bellingcat

The same squad had also tailed Vladimir Kara-Murza and Dmitry Bykov in the days and months before their suspected poisonings, Bellingcat notes.

“In a corrupt society like Russia, [Magistral] is a double-edged sword,” says Christo Grozev, executive director of Bellingcat. “And it allows people like us to actually go and tail these same spies, these same FSB officers.”