Police took several allies of the jailed Kremlin critic into custody early on Thursday, ahead of planned demonstrations at the weekend, Deutsche Welle reports:

Aides of the opposition figure were subjected to searches linked to a criminal investigation launched by Russia’s Interior Ministry. The opposition has called for fresh demonstrations on Sunday to demand Navalny’s release. The 44-year-old was arrested after returning to Russia from Germany, where he received medical treatment and was recovering following a poisoning attack.

“Go out and do not be afraid,” Navalny posted on his website. “Nobody wants to live in a country where arbitrariness and corruption rule,” he said. “We have the majority on our side.”

The standoff between Navalny and Putin is an epic existential battle, adds Bloomberg analyst Leonid Bershidsky.

Navalny is pursuing a high risk/high reward strategy, determined to prevail in what is turning into a personal duel between him and Putin for the soul of Russia, argues Peter Rutland, professor of government at Wesleyan University. But Evgeny Minchenko is right when he argues that what is driving the movement are the grievances of ordinary Russians — the stagnant economy, pervasive corruption, the pandemic — and not the personal fate of Navalny, nor the lavish palaces that Putin’s cronies are building.

Even before the botched assassination of Navalny in August 2020, Putin’s popularity had nose-dived because of the Russian economy’s stagnation and his ineffective response to the pandemic, notes Carl Gershman, President of the National Endowment for Democracy (NED):

Then came the uprising in Belarus and the parallel protests in the Russian Far East, each showing a groundswell of popular opposition to blatant corruption and unaccountable autocratic government. Bellingcat’s exposure, using open-source digital data, that Navalny had been followed for years by FSB agents, was another embarrassment to the regime, as was Navalny’s dramatic return and the solidarity protests that have followed.

A starting point for Biden’s new policy should be sanctioning some of Putin’s kleptocratic crony oligarchs and freezing, or even seizing, their stolen assets that are in Western banks, adds Gershman. Nothing the US could do would be more popular with the Russian people. 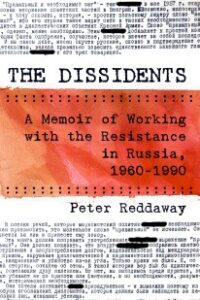 As Peter Reddaway describes in The Dissidents, Soviet-era human rights activists would type out the transcripts of political trials, banned articles, poems and novels using carbon paper to share with friends and smuggle abroad. Although highly influential among intellectuals, samizdat was read by few people, the FT’s John Thornhill writes:

The challenge today is not to publish or suppress information, so much as to mobilise or manipulate it. … According to the Meduza news site, social media influencers have been offered R150,000 ($2,000) to post that Mr Navalny “isn’t a patriot”. Internet scholars, such as Zeynep Tufekci, have argued that digital activists can often use social media to mobilise temporary protest but find it harder to build long-term organisational resilience. That is Mr Navalny’s challenge.

“It is the combination of innovation and humor that make him such a successful opposition figure,” says Gregory Asmolov, a lecturer at King’s College London and an expert on the Russian internet.

Political analyst Alexander Baunov of the Carnegie Moscow Center told AFP that Navalny “is ready to pay the price to become a real counterweight to Putin“.

The Kremlin’s “If not Putin then who?” mantra no longer works, says Dinissa Duvanova, associate professor of international relations at Lehigh University.

“Navalny’s investigations and the attack on him have for the first time politicized many young people in Russia,” says analyst Daria Sukharchuk.

For Princeton professor Ekaterina Pravilova, a specialist in tsarist-era law, economy, and governance, the video’s greatest achievement was the “desacralization of power,” the Nation adds:

By using humor and irony to ridicule Putin’s venality and bad taste, Navalny turned a formerly revered leader into a punch line. Revelations that the palace contained something called an aqua-disco and that its bathrooms were fitted with €700 toilet brushes birthed instant memes. For the Kremlin, the sight of toilet brush–wielding protesters chanting “Aqua-disco!” at police…

Might shifting support lead to a long-running series of protests, like we’ve seen in Khabarovsk and Belarus? Wilson Center experts ask.

A repressive regime’s obsession with an individual dissident suggests weakness and decay, says NED board member Daniel Fried, a Distinguished Fellow at the Atlantic Council.

The nationwide protests over Navalny’s arrest do not mean that the Putinist system is about to fall. But they do suggest that Putinism is on the defensive, responding to events and challenges from Russian society and unable to do more than arrest, repress, and defend its actions using risible arguments retreaded from the Soviet era, he observes.

Anastasia Vasilyeva, an ally of Alexei Navalny, decided to play the piano while police raided her house along with other properties connected to the Kremlin critic pic.twitter.com/BkGOQVyVEK