The international system is currently experiencing a period of transition as economic, institutional and military power is being amassed by China, which is depleting the relative influence and stature of western countries and their associated values and worldviews, notes analyst Dr Chris Ogden. Moreover, Beijing is now able to articulate an alternative vision of world order premised upon different economic, institutional and normative conditions that are becoming increasingly legitimate in the eyes of many world leaders, he writes for the London-based Foreign Policy Centre:

To effectively counteract the risk posed to their country by the authoritarian-populist wave, leaders in the UK – particularly in the context of Brexit – must remain aware that political systems are inter-connected and evolutionary in nature, and that such systems are all highly susceptible to:

In the latest episode of the Power 3.0 podcast, featured guest Nadège Rolland traces The Evolution of China’s Belt and Road Initiative since its launch in 2013, with a particular emphasis on understanding Beijing’s priorities and the underlying strategic objectives accompanying its marketed emphasis on overseas infrastructure development. Nadège Rolland is a senior fellow for political and security affairs at the National Bureau of Asian Research, and author of the book, China’s Eurasian Century? Political and Strategic Implications of the Belt and Road Initiative (2017). Christopher Walker, National Endowment for Democracy vice president for studies and analysis, and Shanthi Kalathil, senior director of the NED’s International Forum for Democratic Studies, cohost the conversation.

The current U.S.-China stand-off “is nothing less than a new cold war,” argues Robert D. Kaplan, the author of The Return of Marco Polo’s World: War, Strategy, and American Interests in the Twenty-first Century. 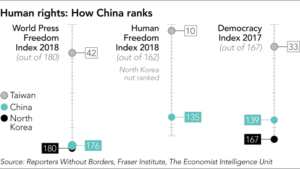 “The philosophical divide between the American and Chinese systems is becoming as great as the gap between American democracy and Soviet communism,” he writes for Foreign Policy, drawing attention to “the ideological aspect of this new cold war”:

For several decades, China’s breakneck development was seen positively in the United States, and the relatively enlightened authoritarianism of Deng Xiaoping and his successors was easily tolerated, especially by the American business community. But under Xi Jinping, China has evolved from a soft to a hard authoritarianism. Rather than a collegial group of uncharismatic technocrats constrained by retirement rules, there is now a president-for-life with a budding personality cult, overseeing thought control by digital means—including facial recognition and following the internet searches of its citizens. It is becoming rather creepy, and American leaders of both parties are increasingly repelled by it.

“This is also a regime that in recent years has been imprisoning up to a million ethnic Uighur Muslims in hard labor camps,” adds Kaplan, a senior fellow at the Center for a New American Security and a senior advisor at the Eurasia Group. 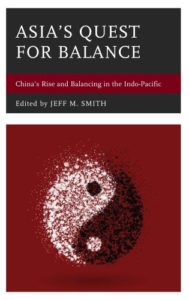 In parallel, there’s rising alarm over China’s increasingly brazen use of “sharp power,” its interference in the domestic politics of its neighbors, its crackdown on academic freedom, its increasingly repressive approach to freedom of religion and human rights at home, and its punitive bullying tactics abroad, he writes for War On The Rocks. Trends in each arena have deteriorated since the 2008 global financial crisis and even more so since Xi Jinping’s rise to power in 2012. Over the past two years, however, the level of international awareness and alarm has risen as the tolerance for these practices has diminished, adds Smith, the author/editor of “Asia’s Quest for Balance: China’s Rise and Balancing in the Indo-Pacific” (2018), and author of “Cold Peace: China-India Rivalry in the 21st Century” (2014). 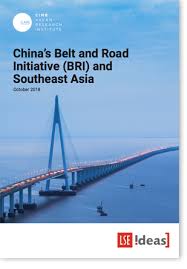 The U.S. has been rallying allies and partners in the region and around the world to put pressure on China. In this context, the Quadrilateral Security Dialogue (or the ‘Quad’) between four of the world’s leading liberal democracies–the US, India, Japan, and Australia–is gradually becoming a formal alignment, according to a report (right) from the London School of Economics.

Similarly, a recent joint EU-US statement was “undoubtedly the starting point for closer transatlantic cooperation in Southeast Asia as it included the opportunity for the Western allies to promote a set of principles and values,” it adds, “……part of the broader US-led strategy aimed at keeping China in check and displaying the unity of the Western liberal-democratic family to the Chinese Communist Party leadership.”

In tandem with the Power 3.0 Blog, the Forum’s new podcast explores cutting-edge research and ideas about authoritarian resurgence, democratic resilience, and other emergent trends in the era of globalization that affect democratization, such as disinformation and transnational kleptocracy. Power 3.0 examines how modern authoritarian regimes like those in China and Russia have in some ways leapfrogged the capabilities of democracies by exploiting their  openness through the features of globalization: the interconnected economic and financial system; the Internet, telecommunication technologies, and social media networks; international norms and institutions; global media; academic exchange; and culture.