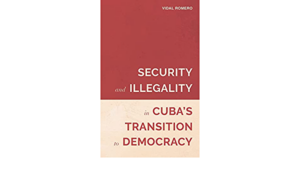 Living conditions in Cuba systematically deteriorated over the past decades. Many troubles could be avoided in the future if better political and economic institutions were established on the island, the LSE’s Latin America and Caribbean Centre (LACC) contends:

Widespread illegality coexists alongside relatively good security in Cuba. Economic and political liberalization are highly desirable and can entail significant benefits for the population. However, the process is not without danger. Vidal Romero’s book examines Cuba’s present security conditions and forecasts the effects of liberalization. Understanding these topics is key for a significant improvement of Cubans’ wellbeing and a more democratic political environment in this Caribbean nation. 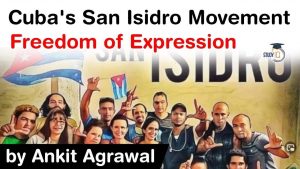 Cubans are enduring the worst economic and social crisis since the 1990s, when the collapse of the Soviet Union plunged the island into a decade-long depression. Today’s upheaval, though, comes at a time of even greater political ferment on the Caribbean island, he writes for World Politics Review.

The Senate also passed: S.Res. 37 in April, expressing solidarity with the MSI [San Isidro Movement
– above, a civil society group opposed to restrictions on artistic expression]; S.Res. 81 in May, honoring Las Damas de Blanco, a woman-led human rights group; S. 2045 in July, which  would rename the street in front of the Cuban Embassy after a democracy activist; and S.Res. 489 in January 2022, commending Cuban pro-democracy and human rights activists, including José Daniel Ferrer Garcia.