History teaches us that mass atrocities are preventable, notes the Simon-Skjodt Center. From the Holocaust to the genocides in Rwanda, Srebrenica, and Darfur, early warning signs of mass violence went unheeded. For the first time, the Early Warning Project gives us a tool to alert policymakers and the public to places where that risk is greatest.

Genocide and mass atrocities are rare yet devastating crimes. They are also preventable. Studies of past atrocities show that we can detect early warning signs of atrocities and that if policy makers act on those warnings and develop preventive strategies, we can save lives. The Early Warning Project uses a wide range of data to identify countries at risk of new mass atrocities, adds the center, based at the US Holocaust Memorial Museum. 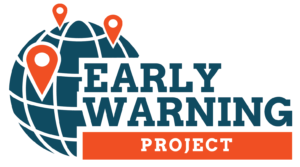 The center will shortly release its latest Statistical Risk Assessment, which ranks countries based on their risk for new episodes of mass killing. This year’s assessment incorporates new, refined data and statistical methods that have been chosen to maximize the accuracy and practical utility of the results. At the same time, the Early Warning Project will update its website, including new information and interactive data tools.

On the anniversary of South Sudan’s independence, the Center released a new research report by Visiting Fellow Jon Temin, From Independence to Civil War: Atrocity Prevention and US Policy Toward South Sudan. Based on interviews with more than 30 former US officials and independent experts, the report discusses what lessons should be learned from US policy toward South Sudan in the years leading up to and during the civil war.

The US Holocaust Memorial Museum is a partner of the National Endowment for Democracy.