The newly-elected President of Colombia, leftist Gustavo Petro, has criticized the political violence perpetrated by the regime of Daniel Ortega and Rosario Murillo. In Nicaragua there is an authoritarian drift that has turned into a climate of “repression against opponents and political prisoners,” he said in his first interview as president-elect with the Colombian magazine CAMBIO.

The General Secretariat of the Organization of American States (OAS) is expected to hold a special session on Friday, August 12, to analyze the political crisis and human rights in Nicaragua, according to Confidencial, an online news magazine.

The offices of Confidencial, the online news magazine where investigative journalist Enríquez worked, had been occupied by Nicaraguan police forces and its publisher was facing money laundering charges dismissed by human rights advocates as “absurd,” Kate Linthicum writes for The Los Angeles Times:

Then Enríquez was called in for police questioning over his connection to a nonprofit that trained journalists — which the government claimed was a front for the CIA. He and his wife, who is also a journalist, decided the only way he could continue reporting on Ortega’s finances was if he fled the country. They didn’t tell anyone where he was going, not the kids or his twin brother, with whom he shared a passion for social justice and writing. 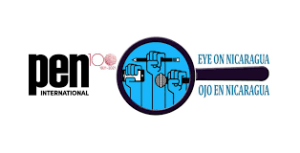 Ana María Méndez Dardón, Central America director for the Washington Office on Latin America, told The Washington Post they were concerned by how “the region has suffered a widespread backlash from powerful pro-impunity sectors and authoritarian leaders, and how Nicaragua has become, let’s say, a model.”

“Not even Orwell could have dreamed up a country like this,” said Gioconda Belli, a former guerrilla fighter who was the president of PEN Nicaragua until the freedom-of-expression group was booted from the country last year. “It’s a dystopia. Reality is completely distorted.”

PEN International, PEN America, PEN Argentina, PEN Quebec and PEN San Miguel de Allende, with the support of other PEN Centers in the Americas, have established the International Observatory “Eye on Nicaragua” to expose and document the regime’s sustained censorship attempts.

The Watson Institute’s Dan Richards talks with two experts (above) who explain how Nicaragua got to its current state of extreme repression, and what might be done to change it. 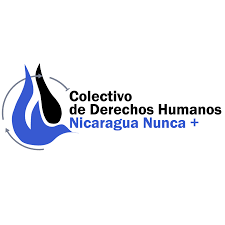 With virtually no independent media left inside the country and foreign reporters banned from entering, Nicaragua has become “an information black hole,” Natalie Southwick of the Committee to Protect Journalists told Linthicum. RTWT

The plight and courage of Nicaragua’s civil society was highlighted in the National Endowment for Democracy’s 2021 award to the Colectivo de Derechos Humanos Nicaragua Nunca Más (above), a group dedicated to preserving historical memory in Nicaragua and seeking justice for victims of the state-led violence unleashed by the Ortega regime in 2018.

“Not even Orwell could have dreamed up a country like this,” @GiocondaBelliP told @katelinthicum @latimes. “It’s a dystopia. Reality is completely distorted.” https://t.co/RBQroO8hdz