As President Joe Biden and his team seek to put the defense of democracy and protection of human rights at the center of U.S. foreign policy, they confront the stubborn fact that the United States maintains cooperative security relations with a wide range of undemocratic or democratically backsliding governments, the Carnegie Endowment’s Thomas Carothers (right) and Benjamin Press observe.

While the Biden administration has publicly and privately raised democracy and rights issues with various security partners, its cautious approach toward some of them has started to attract criticism from those who feel that near-term security interests have been too strongly prioritized compared to democracy and human rights concerns, they write in Navigating the Democracy-Security Dilemma in U.S. Foreign Policy, drawing on case studies of U.S. policy toward Egypt, India, and Turkey to highlight the complexity of the democracy-security dilemma.

The Biden administration’s foreign policy doctrine insists on the congruity of national security and advancing democracy. “Democracies across the globe, including our own, are increasingly under siege,” notes a White House guidance document. “Reversing these trends is essential to our national security.” 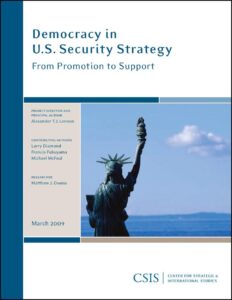 The guidance outlines a security landscape in which “democracies are under siege” and  “authoritarianism is on the global march,” requiring “like-minded allies and partners to revitalize democracy the world over” in the face of such “hostile adversaries” as  China, Russia, Iran, and North Korea.

Biden’s May 2021 meeting with Vladimir Putin was typical of the tensions and delicacies entailed in balancing ideals and interests.

A senior administration official acknowledged the White House had been forced to balance its push to reassert democratic principles worldwide with more pragmatic considerations, meaning Biden’s human rights record was thus far “not perfect”.  “Of course there are sometimes trade-offs in terms of national imperative that we work through for this administration,” the official told the Financial Times.

A recent report released by Freedom House, in partnership with the Center for Strategic and International Studies and the McCain Institute contains several relevant recommendations, Brookings’ William Galston, a former board member of the National Endowment for Democracy (NED), writes for the Wall Street Journal:

Definitions of national security are also changing in response to the emergence of ideologically-driven revisionist powers like China. 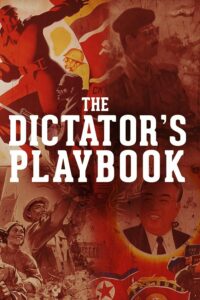 Since Xi [Jinping]’s April 2014 speech outlining his Overall National Security Outlook, “national security” has become not just a way of conceptualizing risk to the nation-state, but rather a highly expansionist political-ideological construct that has come to subsume nearly all elements of policymaking and political considerations, notes CSIS’s Jude Blanchette:

Rather than place “national security” in separate conceptual, policy, and bureaucratic silos from, for instance, economic development, the new Overall National Security Outlook seeks to fuse these elements so that economics, culture, technology, governance, and the like would all be seen as both critical inputs and successful outputs of an updated view of national security.

Post 9/11, the United States started to recognize the limits of a military-centric approach to national security, with many political leaders, policymakers, and analysts calling for prioritizing diplomacy, economic tools, and political and ideological engagement, note Brian Katulis and Peter Juul. This growing recognition led to modest reforms, but the main structures and resources dedicated to so called “hard” security remained front and center.

Efforts to integrate “smart power” as a central concept in U.S. national security failed to achieve the promised and desired results. Too often, the United States repeated past patterns of behavior in not using foreign assistance and other related tools effectively to achieve U.S. policy objectives, they write for the Center for American Progress.

There are no magic solutions to the democracy-security dilemma. Carothers and Press suggest. But careful assessments of the security and political issues at stake can help U.S. policymakers avoid ad hoc approaches and diminish the long-standing tendency to back down reflexively on democracy and rights when clashing interests arise. Such assessments should address five key questions, they add: 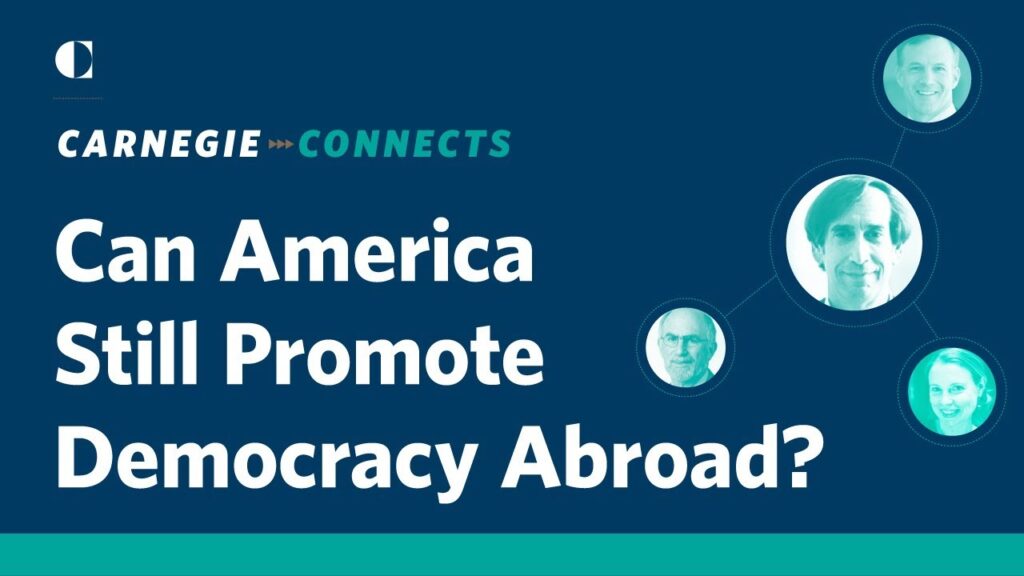