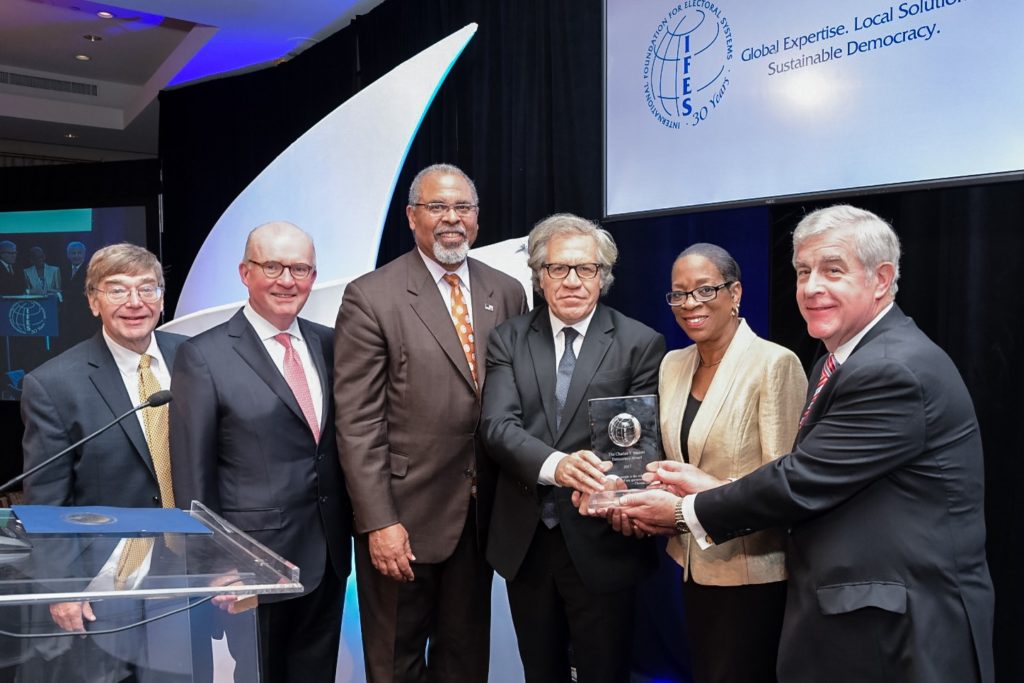 The Democracy Award is given annually to three individuals: a Republican, a Democrat, and a member of the international community. Nominations for the international recipient are open to the public and will be accepted through April 6, 2018.

The three Democracy Awards are presented in a single ceremony each year. This year’s event will be held on September 24, 2018, at the Four Seasons Hotel in Washington, D.C.

Democracy Award recipients embody the character and spirit of the late Charles T. Manatt. Ambassador Manatt served as Chairman of IFES’ Board of Directors from 1993-1999; he was a distinct leader dedicated to promoting democracy around the world and nurturing the next generation of political leaders.