North Korea has publicly executed at least seven people in the past decade for watching or distributing K-pop videos from South Korea, as it cracks down on what its leader, Kim Jong-un, calls a “vicious cancer,” according to a human rights report released on Wednesday, The Times reports:

Daily NK, a Seoul-based website that gathers news from clandestine sources in the North, reported that a villager and an army officer were publicly executed this year in towns deeper inland for distributing or possessing South Korean entertainment. And a few secretly filmed video clippings of public trials and executions have been smuggled out of North Korea. In footage shown on the South Korean TV station Channel A last year, a North Korean student was brought before a huge throng of people, including fellow students, and was condemned for possessing a USB stick that held “a movie and 75 songs from South Korea.” 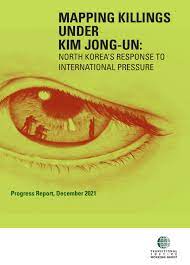 North Korea has continued public executions in isolated areas in an apparent strategic move to prevent the leakage of inside information and avoid international monitoring, according to the Seoul-based Transitional Justice Working Group, a recipient of the National Endowment for Democracy’s 2018 award.

“Mapping Killings Under Kim Jong-un: North Korea’s Response to International Pressure” is based on interviews with hundreds of North Korean escapees and satellite imagery analyses conducted since 2015, the Korea Herald’s Ji Da-gyum reports:

The TJWG has identified differences in the patterns of public executions during the Kim Jong-un era by focusing on examining the city of Hyesan on the border with China, which is relatively more exposed to the outside world due to its geographical location. The key dissimilarity is the Kim Jong-un regime carried out most public executions in isolated and inconspicuous places a long way off from the border and central area of the city.

The report included 442 “credible testimonies” for state-sanctioned killings from 1956 to 2018, the Heralds adds. RTWT 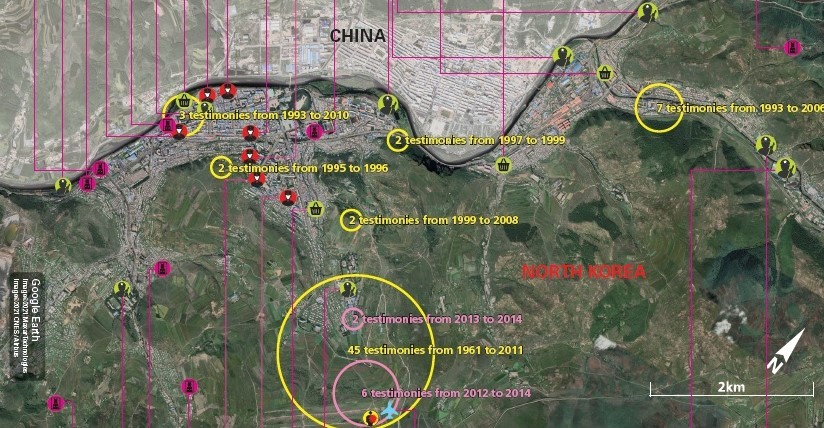