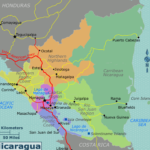 The Organization of American States’ (OAS) member countries should strongly call on President Daniel Ortega of Nicaragua to dismantle pro-government armed gangs and cease abuses, Human Rights Watch said today. The ambassadors to the regional body will meet on June 22, 2018, for a session of the Permanent Council dedicated to discussing serious abuses in Nicaragua documented by the Inter-American Commission on Human Rights (IACHR):

Since protests broke out on April 18, at least 187 people have been killed and over 1,500 have been injured. Policemen and pro-government armed gangs are responsible for the vast majority of those deaths and injuries, according to the United Nations high commissioner for human rights. Abuses have dramatically increased over the past month: human rights groups reported at least 95 people have been killed since the beginning of June.

Since protests first broke out in Nicaragua on April 18, the international community has witnessed an inexcusable escalation of violence against citizens by police, government-sanctioned paramilitaries, and pro-government Sandinista mobs. The mid-April protests over proposed reforms to the Social Security System initially saw three deaths—an estimated 200 people have been killed since, notes the World Movement for Democracy:

After a month of protests, Ortega and Murillo agreed to enter into talks with the opposition, “Civic Alliance,” which is comprised in part by the students who organized the initial protests. The talks were mediated by bishops belonging to the Episcopal Conference of Nicaragua. However, they quickly broke down after the government failed to abide by the opposition’s demands that it cease using violence against protesters, particularly after the bloody events of May 30. …Having controlled the city of Masaya for several weeks, protest leaders announced on June 18 their intention to break away from Ortega’s rule and form an independent commission to govern the city.

In light of these events, the World Movement for Democracy “strongly condemns all acts of violence and intimidation against peaceful protesters in Nicaragua.”

“Additionally, it calls on Nicaraguan authorities to allow for members of the international community to investigate the reported extrajudicial killings, unlawful detentions, and disappearances of dozens of Nicaraguans over the last two months.”

“As the Inter-American Commission on Human Rights presents its findings in Washington, policemen and pro-government armed gangs are killing protesters with total impunity in the streets of Nicaragua,” said José Miguel Vivanco, Americas director at Human Rights Watch. “Democratic leaders in the Americas should urgently call on President Ortega to end the bloodbath in the country and dismantle pro-government gangs.”