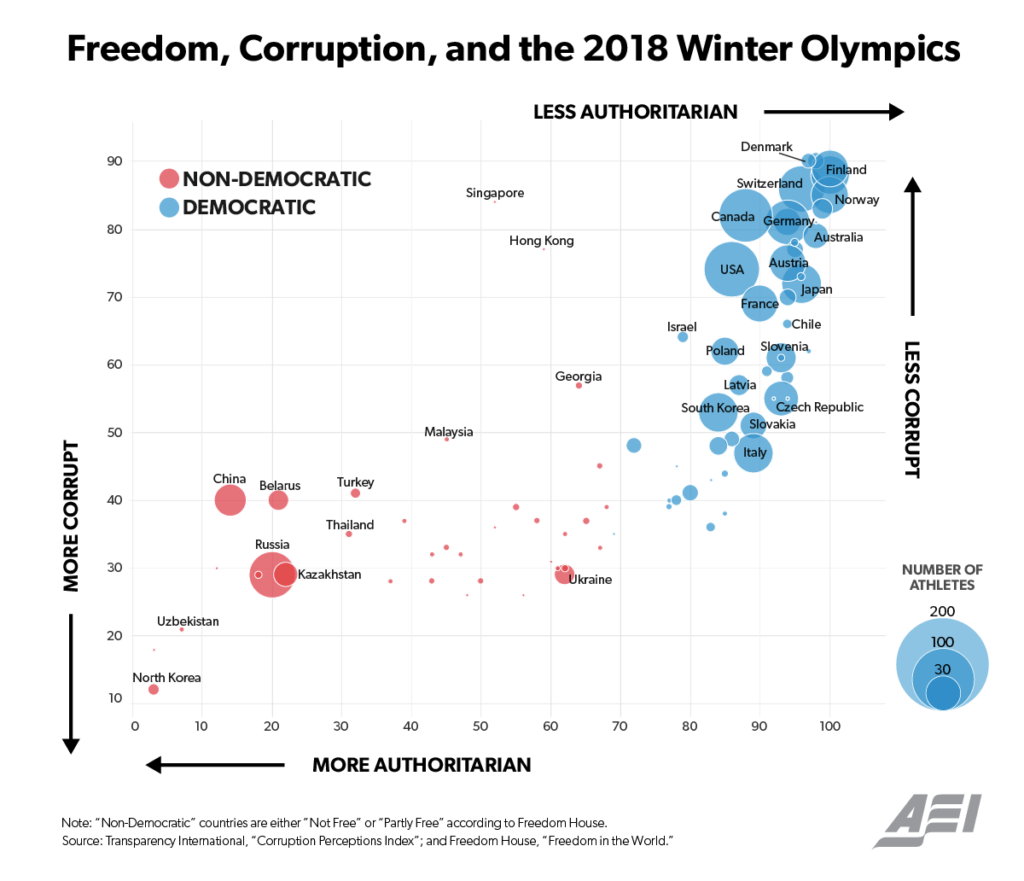 The graph [above], a follow up to my recent “Dictatorships and the Winter Olympics” post, plots out Freedom House’s aggregate freedom score and Transparency International’s corruption perception index for each country competing in the 2018 Winter Olympics, notes AEI analyst Clay R. Fuller. The number of athletes qualified for competition is represented by the circle around each country. The resulting picture speaks for itself. Democracy is great, he writes:

So, if you live in a democracy, your team is likely much better represented in the Olympics than that of your non-democratic counterparts. You also likely earn thousands of dollars more, have greater personal freedom, and suffer from less corruption. Perhaps most importantly, you also likely live more than six years longer.