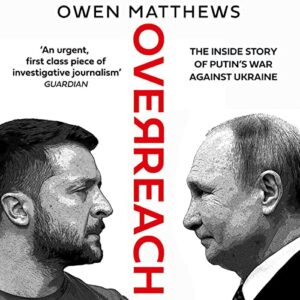 Putin is losing the war against Ukraine, against the West – and at home, but the third front  — the one raging in Moscow — matters most, writes CEPA analyst Edward Lucas:

Putin is implicitly blaming his generals for the loss of Kherson. But that belies his claim to be the country’s real boss. The carefully crafted official narrative about the war is in shreds. Talkshow hosts, once reverential, are openly cynical or despairing. Hardliners — the real danger for Putin — are caustic. Blame for the war must land somewhere soon, and it will do so with devastating effects.

The U.S. and China share an aversion to escalation or disorderly regime change, hence the tacit deal between Beijing and Washington revealed in Overreach: The Inside Story of Putin’s War Against Ukraine, a new book by Owen Matthews, Lucas adds. China is not giving Russia the drones and munitions it desperately needs. In return, the United States holds back on deliveries of fighter jets and long-range precision artillery to Ukraine.

Why did Western analysts get the Ukraine war so wrong?

Mikhail Zygar, a Russian author and the founding editor of an independent television station called TV Rain, has written a book, The Empire Must Die, that, among other things, tells the story of the independent thinkers forced out of Russia at the beginning of the 20th century, some of whom came back to reshape it during the revolution, notes historian Anne Applebaum. This was a moment when “the number of Russian political émigrés becomes so great that there is talk of the emergence of an alternative Russian civil society,” he writes. “The Russian diaspora is no longer a branch of Russia; it is no longer clear which is the branch and which the trunk.”

We don’t need to search for idealized “good Russians”—no savior will emerge to fix the country, not now and not ever, she writes for the Atlantic. But Russians who believe the future can be different will keep trying to change their country, and someday they will succeed.

In a recent speech to the Brookings Institution, Canada’s Deputy Prime Minister Chrystia Freeland outlined her “Freeland Doctrine,” calling for greater co-operation amongst democracies to counter and undermine the power of authoritarian regimes.

The Resisting Authoritarian Pressure (RAP) cohort of the Summit for Democracy, co-run by the Lithuanian Ministry of Foreign Affairs, Freedom House, and the Alliance of Democracies (AoD), was officially announced during the second Future of Democracy Forum in Vilnius, on November 10, 2022. The purpose of the cohort is to build resilience to authoritarian coercion and offer support to democrats and human rights defenders working in non-democracies, focusing on the following four areas, Freedom House reports: 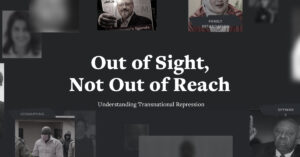 (1)    Bringing visibility to the stories of political prisoners and increasing pressure for their release;

(3)    Countering the phenomenon of transnational repression; and

The cohort will focus on achieving specific deliverables ahead of the second Summit for Democracy, in partnership with other governments and civil society organizations, that are both private and public and intended to increase resilience to malicious authoritarian activity and address the four foregoing topics. 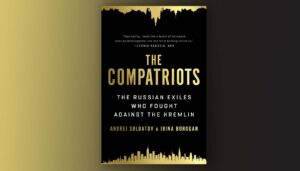 Russia’s new exiles are the brain of the nation, eager to have a say in the fate of the country, Irina Borogan and Andrei Soldatov write for the Center for European Policy Analysis. And that makes, we believe, the new emigration essential to Russia’s future — the promise the previous waves of Russian exiles have failed to fulfill, they contend in The Compatriots: The Russian Exiles Who Fought Against the Kremlin:

In this book, we tell the story of how, throughout the 20th century and into the 21st, the Kremlin has considered the presence of Russians in Western countries — particularly the United States — both its biggest threat and its biggest opportunity. Successive regimes in Moscow sought for years to use the Russian émigré community to achieve their goals. But they also sought to neutralize any potential dangers posed by Russians abroad, experimenting with tricks and methods that would also come in handy closer to home.

A panoply of groups & people wants to keep a different idea of Russia alive, to create an “alternative civil society” outside Russia, such as @Kasparov63‘s #FreeRussiaForum, @NEDemocracy board member @anneapplebaum writes @TheAtlantic https://t.co/Sh3bX4ZLEy