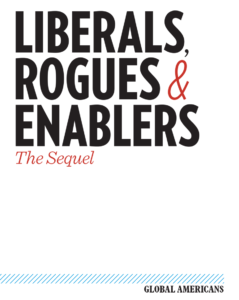 The trend of declining adherence to and respect for the Inter-American System of Human Rights continues and expands – and across the political and ideological spectrum, according to Global Americans’ new report on the state of human rights in the Americas:

In 2000, Peru, then under former President Alberto Fujimori, objected to the recommendations and reports of the Inter-American System of Human Rights (IACHR); later, in 2012, a bloc of countries led by then-President of Ecuador Rafael Correa (with support from the governments of Argentina, Bolivia and Venezuela) attempted to neuter the system’s independence and scope of action. Today the assault is more “panideological.” Jamaica didn’t send a government representative to a hearing on race-related state violence; Venezuela and Nicaragua refuse to cooperate in the hearings; and the United States sent a diminishing number of representatives and challenged the authority of the IACHR.

The report monitors performance in the IACHR and the UNHCR and includes chapters on the Summit of the Americas, the OAS General Assembly, and the state of labor rights in the Americas. The fifth in a series of National Endowment for Democracy-supported studies, it details the balance of hemispheric commitment to international and regional norms and processes protecting human rights and democracy – the “good, the bad and the ugly.”