Last Sunday’s Polish parliamentary elections provide political lessons that go well beyond Poland’s borders. The elections disprove important received wisdom about far-right and populist politics, and the results should cause reflection among liberal democrats, argues Cas Mudde, the Stanley Wade Shelton UGAF Professor in the School of Public and International Affairs at the University of Georgia

The PiS victory calls into question at least four received ideas common in the fight against rightwing populism, he writes for the Guardian:

Myth 1: ‘Rightwing populism will fail in government’: A popular view is that (rightwing) populists are great at campaigning, but terrible at governing. There are many different reasons given for this argument; the most important is that populists campaign against “the elite” but become (part of) the elite when they join government. This, however, misunderstands the meaning of “the elite” in populist discourse. In the eyes of populists, elitism is not about your official position, or even personal class background, but about your morality. … 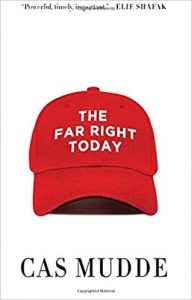 Myth 2: ‘High(er) turnout hurts rightwing populists’: On Sunday afternoon there was a lot of buzz on social media about the increased turnout in the Polish elections. In fact, at 61.7%, turnout was not just more than 10% higher than in 2015, it was the highest in the history of the (post-communist) Third Republic. However, higher turnout did not bring the expected result, a lower score for the rightwing populists. In fact, not just the radical right PiS did better; so did Konfederacja, a “confederation” of mostly extreme-right forces under the leadership of the anti-democratic misogynist Janusz Korwin-Mikke. …

Myth 3: ‘Rightwing populist parties moderate in government’: A third received wisdom holds that political parties that campaign radically will moderate in power, when confronted with the realities of government. But in Poland the opposite has happened. While PiS campaigned on a rather moderate and vague platform in 2015, even keeping controversial party leader Jarosław Kaczyński in the background while fielding more moderate candidates for the presidential (Andrzej Duda) and parliamentary elections (Beata Szydło), it implemented a much more radical program in government. Copying the “Budapest Model” of the prime minister, Viktor Orbán, in Hungary, PiS mounted a frontal attack on liberal democracy, which included weakening the independence of the judiciary and media.

Myth 4: ‘Voters are put off by radical politics’: The other reason that political parties are expected to moderate in power is that the bulk of voters are supposedly put off by radical politics. As the success of PiS shows, and Orbán had shown before in Hungary (albeit in an even less democratic political context), they are not. This is not unique to voters of rightwing populist parties in east central Europe, either. As the political scientist Matthew Singer has shown in the Latin American context, citizens who feel represented by an ideologically sympathetic and competent executive may be willing to delegate to the executive additional authority to enact their agenda, even at the expense of democratic principles.

Assessing the 2019 EU elections, Mudde, author of the Far Right Today (above), argues in the NED’s Journal of Democracy that the framing of immigration since 2015 has shifted the center of political debate,