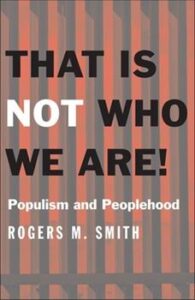 Nationalist populist movements, fueled by resentment against ruling elites, typically attack the norms and procedures of liberal democracy, viewing them as rigged, corrupted, or under the control of nefarious minorities, The Andrea Mitchell Center for the Study of Democracy reports.

By enabling a people to tell others and themselves who they are, “stories of peoplehood” help constitute political communities by establishing people’s identity and values and guiding collective actions, political scientist Rogers Smith contends in his new book, That Is Not Who We Are! In a discussion with political scientist Matthew Berkman, Smith cautions that followers of populist movements should not be dismissed as irredeemably authoritarian. Listen here.

Populism, pandemic and internal failings threaten to unravel a form of government recently seen as ascendant around the globe, according to a recent analysis, The Wake Up Call. 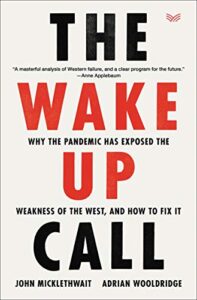 Budding autocrats such as Erdoğan, Orbán, and Duterte may initially mobilize considerable popular support behind their political projects, but ultimately leaders have to deliver, argues Stanford’s Larry Diamond. Even populists can lose the support of “the people” when they are no longer able to deliver economic growth and the appearance of clean government, and when their corruption and other failures can no longer be concealed by fear-mongering, he writes for the NED’s Journal of Democracy.

“Thus, there is still an opportunity to pull the world out of this slump and to renew democratic progress. What is most needed is democratic conviction and resolve,” he adds. “The advanced democracies…. must shake themselves loose from their current political malaise and return to first principles.” 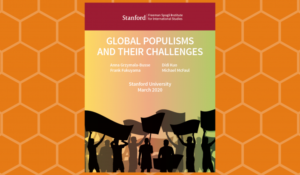 ut a new hegemony in order to recover and deepen democracy.”

Left-wing populism rests on the conviction that democratic governance and capitalist economics are in fundamental conflict.

“Capitalism and democracy follow different logics: unequally distributed property rights on the one hand, equal civic and political rights on the other; profit-oriented trade within capitalism in contrast to the search for the common good within democracy; debate, compromise and majority decision-making within democratic politics versus hierarchical decision-making by managers and capital owners,” argues German political scientist Wolfgang Streeck. “Capitalism is not democratic, democracy not capitalist.”

“The two main passions in politics are fear and hope and for the left it is crucial to federate people around a political project that is not driven by fear but by the perspective of a different world where the democratic principles of equality and popular sovereignty would be implemented,” left-populist Chantal Mouffe writes for Open Democracy. 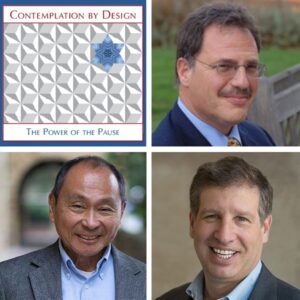 Can conscious communication, respectful dialogue, and deliberative democracy provide effective routes out of the prevalent polarizing political discourse that preys on fear?