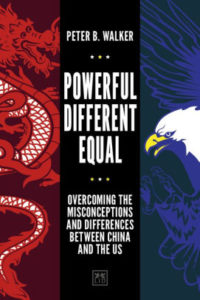 The successes of Hong Kong, Taiwan and the rest of the Chinese diaspora have always been an embarrassment for Beijing, says Arthur Tam, a former editor at Time Out Hong Kong and Cedar Hong Kong. Not only are they reminders of China’s historical failures, but they also represent an alternative way of life, where peoples of the same origin could somehow thrive outside of the watchful eye of the Communist Party. To Beijing, that’s an irreconcilable insult, a memory that needs to be murdered, he writes for The Washington Post:

For years, China has been making huge headway not only as an economic powerhouse but also a cultural influencer — shaking the stereotype that modern China’s tendency is toward intellectual and creative theft. This is exemplified by legions of talented Chinese fashion designers showing at all the essential fashion weeks, Chinese filmmakers at all the major film festivals, and Chinese artists and musicians showcasing around international hubs. It was, and still is, a moment for China. …

But all of that work to change China’s image is unraveling because of an unrelenting tyrannical government confusing unification with ethnic cleansing, surveillance and censorship. Instead of leveraging the unique diversity and creativity of the greater Chinese community, it aims to homogenize, sterilize and subdue it.

A student activist has been suspended from one of Australia’s leading universities after calling for democracy in Hong Kong and repeatedly criticizing Chinese influence on campus. The student, Drew Pavlou, 20, a philosophy major at the University of Queensland, has been barred until 2022, through the end of his term as a student member of the university senate. He had been six months from graduating, The New York Times reports.

“It’s a calculated move to silence me,” said Mr. Pavlou, who describes himself as a human rights advocate. “It’s because the University of Queensland wants to do everything possible to avoid offending its Chinese allies.”

Opinion makers in foreign countries are fair prey for the Chinese Communist Party’s civilisational misinformation campaign, says John Fitzgerald, emeritus professor at Swinburne University of Technology.  The most recent to attract international attention is a former senior partner with McKinsey, Peter Walker, author of a new book that sets out to correct misperceptions about civilisational differences of culture and history that he believes get in the way of understanding China.

Walker’s book, Powerful, Different, Equal: Overcoming the Misconceptions and Differences Between China and the US, has been promoted on Communist Party media platforms in China and overseas. Mainstream US media remains sceptical, he writes in a must-read essay for The Weekend Australian:

Asked on Fox News to explain how China’s culture and history could account for the incarceration of one million Uighurs in the autonomous Xinjiang region, Walker pointed out that while he personally disapproved of Beijing’s actions, he understood that they were a reflection of the civilisational values that distinguish China from the US and the West. Pressed further, Walker went on to explain that the mass incarceration “all goes back to Confucian values”.

Are we to believe that Confucianism has a lot to answer for in Xinjiang? Not at all. It’s the Communist Party that has a lot to answer for. The notion that China’s communists are legitimate heirs of an ancient civilisation is an illusion projected out to gullible but well-connected foreigners through an old-style Leninist propaganda campaign. This is Leninism 101.

Such elitist chauvinism was—and some would argue still is—a headwind impeding the democratic ideals espoused by China’s May Fourth Movement, notes deputy White House national security adviser Matthew Pottinger. Hu Shih, wielding the language he had helped bring to life, skillfully dismantled arguments against broadening the social contract. “The only way to have democracy is to have democracy,” he argued. “Government is an art, and as such it needs practice.”

May Fourth leaders were constantly sapped of energy by accusations, sometimes leveled by government officials or their proxies among the literati, that the movement was slavishly pro-Western, insufficiently Chinese, or even unpatriotic, he writes for The Wall Street Journal.

Yes, we need to master history and culture — the history of Chinese and international communism and of modern mass nationalism, and the culture of Leninism. We can draw on the civilisational resources of an inclusive liberal democracy — Western and Eastern resources, classical and religious, historical and modern — to expose this abuse of history and civilisation in at least three ways, Fitzgerald adds:

“Comparative political scientist Stein Ringen argues that China is a perfect dictatorship on the cusp of becoming a totalitarian party state. In this case, would not the Communist Party of the Soviet Union be a more fruitful point of comparison than China’s own civilisational heritage?” Fitzgerald asks. “And if China’s totalitarian impulses were to trend towards ethnic nationalism, which is not out of the question, might not the history of national socialism in mid-20th century Europe serve as a more appropriate point of reference than a point selected at random from Chinese legend or imperial history?” RTWT

John Fitzgerald is emeritus professor at Swinburne University of Technology. This is an edited extract of a recorded lecture to be broadcast by the Ramsay Centre for Western Civilisation next week.