Angry and frustrated over corruption and violence, Mexico’s voters delivered a tidal wave presidential election victory to leftist Andres Manuel Lopez Obrador [aka AMLO], giving him a broad mandate to upend the political establishment and govern for the poor, The Associated Press reports:

An official quick count from electoral authorities late Sunday forecast that Lopez Obrador would win with between 53 percent and 53.8 percent of the votes, a remarkable margin not seen in the country for many years. Early Monday, with about 20 percent of the votes counted, Lopez Obrador’s advantage was close to the quick count’s statistical sample.

“We have witnessed today a very profound reshaping of the country’s political map and the balance of political forces,” said Goldman Sachs economist Alberto Ramos. “The balance of power at the federal and local levels has definitely shifted to the left and the implications of the new political reality for near-term policy direction and for how the different institutions will operate going forward is unclear,” he told Reuters. 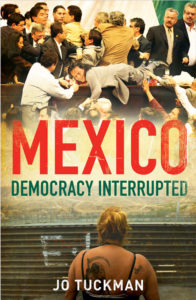 Some observers question AMLO’s commitment to protecting the integrity of democratic institutions.

He has a history of ignoring his detractors, or taking them on in public ways. He refers to the nonprofit community in Mexico, which has been a force for change and democracy, as “bourgeoisie,” the NY Times observes.

The last bastion of democratic defense comes from civil society and a free press, according to Shannon O’Neil, senior fellow for Latin America Studies at the Council on Foreign Relations.

“López Obrador has already painted independent think tanks and nongovernmental organizations with an ugly brush, dismissing them as abetting the ‘mafia of power’ he has come to defeat,” she writes. “He has also publicly opposed any active governmental oversight role for civil society, for instance in choosing an independent prosecutor. “

What was different this time was the mood of the electorate, the LA Times reports.

“Mexicans are very angry,” said Genaro Lozano, a professor of political science and international relations at the Iberoamerican University in Mexico City.

“For decades we’ve had governments that have embraced pro-Washington, neo-liberal policies,” he said. “I think that many people are mad that the economic model hasn’t brought what was promised.” 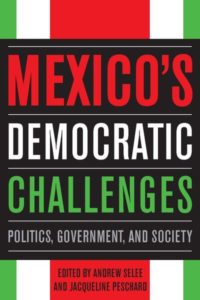 That the election was historic is inarguable. Mr López Obrador is also inarguably popular. Whether he is a populist, though, remains to be seen, the FT notes:

Amlo, as he is commonly known, tapped into a popular desire for change. His victory also partly reflects disillusionment with technocratic, market-based economic policies. …. López Obrador will be Mexico’s most powerful president in more than 30 years. That should allow him to pass legislation — and pursue his leftist nationalist agenda — with ease.

Other observers suggest that AMLO’s leftist populism goes against the grain of recent trends.

Populism has been making a comeback, especially in Europe, for more than a quarter-century, and primarily on the right, said Matthew Goodwin, a political scientist at the London-based Chatham House think tank.

“It is hard to conclude that it will disappear anytime soon,” said Goodwin, author of the forthcoming “National Populism: The Revolt against Liberal Democracy.” “We are in a new period of political volatility.”

Mexico would be stepping back from regional affairs under its new leader, said Eric Olson, a Mexico and Latin America specialist from Washington’s Woodrow Wilson Center. “Amlo is not an internationalist … we can expect him to play less of an active role in the region on Venezuela, on Nicaragua and other trouble spots.”

After two failed presidential bids, López Obrador ….still emphasizes the fight against extreme poverty, saying it will lead to less violence and a stronger economy, he has portrayed himself as more pro-business and pro-American than in the past, the Post adds.

“It’s difficult to know if he’s changed, if he’s now less radical, or if it’s just a political decision to become elected,” said Andrés Rozental, a retired Mexican diplomat. “AMLO, at least in his rhetoric, represents a shift much to the left of what we’ve ever seen nationally.”

While comparisons to Hugo Chávez, the former socialist leader of Venezuela, are overblown and the connections to Russia totally unproven, Mr. López Obrador must still convince investors that his policies will be

Mr. López Obrador has promised an ambitious slate of social programs while assuring investors that he will exercise fiscal prudence and respect the independence of Mexico’s highly regarded central bank. In his acceptance speech Sunday night, he echoed those promises.

“They are far from enthusiastic but they are adopting a wait-and-see attitude,” said Duncan Wood, the director of the Mexico Institute at Washington’s Woodrow Wilson Center.

As part of its commitment to building civil society capacity in preparation for the elections, the International Republican Institute – a core affiliate of the National Endowment for Democracy – provided civic education training to young leaders and journalists from Mexico City, Puebla, Oaxaca and Chiapas. IRI’s Mexico team accompanied its partners—Ollin, Youth in Movement, the Civic Alliance of Nuevo Leon and the Latin American Youth Network— in election day observation efforts to strengthen Mexico’s nascent democracy. This is what they observed. RTWT

Under Amlo he foresaw “massive investment in social policy” which Mexico’s new president could use to show he was attacking not just poverty and inequality but also the social roots of crime and violence. However, Bravo said the “motley coalition” behind Amlo’s election triumph was so diverse – featuring former communists, ultra-conservatives and everything in-between – that trying to guess how he might rule was a fool’s errand.

“There will be a lot of infighting [between now and his inauguration] … and the result of that infighting will be crucial in deciding how the López Obrador government is going to look and what it’s priorities are going to be,” Bravo told the Guardian.