Last year, elements of civil society ran against the established traditional political parties in Lebanon’s parliamentary elections, drawing on the experience of the 2016 Beirut Madinati (“Beirut is my City”) municipal campaign. While last year’s campaign elicited much hope, the results were disappointing. Why did they fail in breaking through and what lessons can be drawn from the campaign? asks Nadim El Kak, a researcher with the Lebanese Center for Policy Studies.

In May 2018, eleven groups, comprised of 66 candidates (including 19 women) from independent and secular segments of civil society, formed a coalition called Kulluna Watani (We Are All Our Nation) to challenge the hegemony of traditional political parties. Considering the increasing inefficiency and unaccountability of state institutions, and widespread public frustration with their performance, one may have expected Lebanese voters to want to vote in a few fresh faces. Nonetheless, they overwhelmingly chose to re-elect the same parties and leaders, she writes for the Arab Reform Initiative:

While elections results are certainly disappointing for Kulluna Watani and those who hope to change Lebanon’s politics, and the strategies deployed by sectarian political players can induce helplessness, the elections themselves seem to have provided valuable lessons and consolidated political maturity within anti-sectarian opposition groups….Despite the systemic barriers, repressive practices, and fraudulent behaviour, the  activists who participated in the Kulluna Watani campaign believed political change was still possible through elections. They recognized that the “dirty tactics” were an imposing hurdle but felt the negative electoral outcomes were also due to internal shortcomings and failures to organize and mobilize strategically.

According to some interlocutors, independent groups “fell into the trap of wanting to unite civil society,” resulting in a coalition lacking a clear identity and political vision, with candidates having very little in common, she concludes. RTWT

For “civil society” actors, an introspective look is needed given the robustness of sectarian politics, analyst Maguy Arnous writes:

Candidates must move beyond mere orbits that hover around and react to an established political class in order to sway voters in their favour. While political sectarianism cannot be surpassed in one electoral campaign, playing the Lebanese “political game” might not necessarily mean a betrayal of values, but an attempt at bridging the gap between what is ideal and what is feasible, and between short-term gains and long-term goals. Lastly, there a need for a post-election assessment of organisational and political strategies, whereas electoral alliances ought to be closely examined. 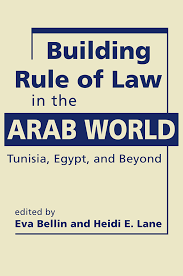 As Eva Bellin (co-editor of Building Rule of Law in the Arab World: Tunisia, Egypt, and Beyond) once noted, “to anchor democracy […], political reformers must focus on building effective, impartial state institutions, nurturing associations that reach across ethnic lines and unite people around common economic and cultural interests,” Arnous adds.

Extremist groups have been especially successful in recruiting the young, poor, unemployed, and frustrated from Tripoli, Lebanon’s second largest city, by promising a new identity and a sense of belonging, Two deeply impoverished neighborhoods, divided along political and sectarian lines, have experienced dozens of instances of violent conflict between the Sunnis and the Alawites in the past few years, civil society activist Lea Baroudi told the International Forum for Democratic Studies at the National Endowment for Democracy at a screening of the documentary, Love and War on the Rooftop (below). The film chronicles the story of former militants and sworn enemies turned theater actors and friends, and recounts the process that led to this successful transformation.