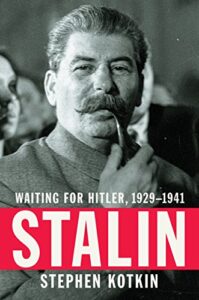 To put it another way, he’s fallen into the dictator trap, argues Brian Klaas, the author of Corruptible: Who Gets Power and How It Changes Us. The risks of miscalculation are compounded, psychology research has shown, by the fact that power literally goes to your head, he writes for The Atlantic. The longer someone is in power, the more they begin to get a sense of  ‘illusory control,’ a mistaken belief that they can control outcomes more than they can. 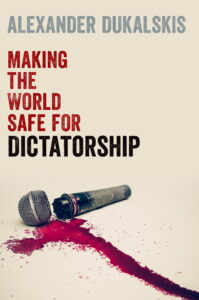 Autocrats engage in activities as varied as “state-driven soft power and public diplomacy initiatives, foreign-facing propaganda, the cultivation of key opinion leaders overseas, extraterritorial or other types of censorship that aim to control bad news about the state abroad, and/or repression of particularly threatening messengers of critical ideas abroad,” Alexander Dukalskis observes in his new book, Making the World Safe for Dictatorship (p. 7).

Motivated by the need for internal and external security, they engage in authoritarian image management, including efforts to influence and infiltrate overseas public opinion and policy discourses – what the NED’s International Forum calls “sharp power.”)