According to a new survey from WCIOM, one of Russia’s leading polling agencies, trust in Russian president Vladimir Putin has fallen to an all-time low of 31.7 percent, notes Samuel A. Greene (@samagreene), reader in Russian politics and director of the Russia Institute at King’s College London. As the economy struggles and real disposable incomes look set to decline for the sixth straight year, the bloom is very much off the Crimean rose. After some consternation from the Kremlin, the same agency released a new survey using a different method and yielding a number almost twice as high, he writes for The Post’s Monkey Cage..

Even Putin’s job approval figures — while still at a healthy 65.8 percent — are 20 points off their highs. The real bad news for Putin, however, is what the polls aren’t showing: Russians are clamming up, adds Greene, co-author of Putin v. the People: The Perilous Politics of a Divided Russia:

In fact, the gap between the non-answer rates on trust and approval has never been greater than it is right now. The number of people who simply look the other way when asked whether they trust the Russian president has never been higher — and the chasm between Russians’ hearts and minds is growing ever deeper.

Perhaps most dismaying for the authorities, is how little respondents trust any politicians in Russia, adds Timothy Frye, the Marshall Shulman professor in the department of political science at Columbia University and author of the forthcoming “Weak Strongman: Why We Get Russia Wrong and How to Get It Right.”

When asked to list politicians that they trust, the second- and third-place finishers were Defense Minister Sergei Shoigu — with 15 percent — and Minister of Foreign Affairs Sergei Lavrov — with 13 percent. Just 8 percent listed Prime Minister Dmitry Medvedev as a politician they trust. And in the direct question, 58 percent of respondents said that they do not trust Medvedev. Respondents may be more comfortable admitting distrust of Medvedev than Putin, but the overall picture for the Kremlin is not pretty, he writes for The Monkey Cage.

Recent surveys, reports, and articles describe changing social attitudes and values, encouraging analysts to ponder an eventual post-Putin world, notes Harley Balzer, Professor Emeritus of Government and International Affairs, and founding Director of at Georgetown University’s Center for Eurasian, Russian and East European Studies. Recent election results in Ukraine and Slovakia raise the question of why transitions of power in Russia are not based on genuine electoral mandates, he writes in the PONARS Eurasia Policy Memo:

A growing number of Russians would prefer an alternative to Putin. Levada surveys in March 2019 reported 41 percent of respondents asked to name who they would vote for if a presidential election were held that week named Putin. The same number said that they trust Putin, slightly better than 39 percent in September 2018 but well below the 59 percent in September 2017. How Russians might get accountable leadership remains vague. As with public opinion in the final years of the Soviet Union, broad agreement regarding the need for change and shared dissatisfaction with the current regime mask stark differences in views of Russia’s future.

The influence of autocratic powers like Russia and China is fueling the rise of populism and anti-democratic values in Central and Eastern Europe, according to the Reporting Democracy project, launched today in Budapest, BIRN’s  Denis Dzidic reports. 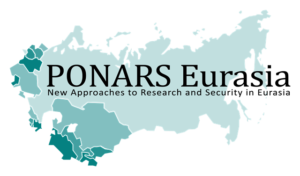 The rise of far right and populist movements was linked to the perception that mainstream political parties and media are “not dealing with real issues,” said Ivan Vejvoda, Director of Europe’s Futures project.

“The reasons why we see an erosion of democracy and doubt whether democracy is right for us is that we have lived a long period where there was no challenge, where we have seen linear progress, and the clouds only came with the economic and financial crisis in 2008, and with the technological revolution, where people became worried that will they be replaced,” he added.

The regression of democracy in Europe has opened the door to Russian and Chinese influence.

“Many of these populists, like Viktor Orban, claim they are sovereignty-ists, and they are when it comes to the EU, but we never see that when it comes to the influence of Russia and China,” said Peter Kreko, director of the Budapest-based Political Capital Institute (a partner of the National Endowment for Democracy). RTWT

Rallies and protests in Russia — over various issues and in different parts of the country — have ceased to be something extraordinary, says Carnegie Moscow analyst Andrei Pertsev. Not long ago, a handful of people protesting on the central square of a provincial town would have attracted widespread attention and been covered in the national news. But rallies and protests are now occurring with increasing frequency, primarily because Russians no longer care if the authorities refuse to sanction a given gathering, making it and participation in it illegal, he writes for The Moscow Times: 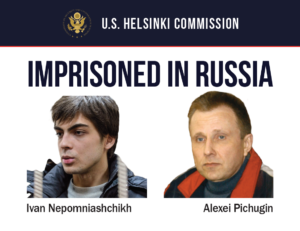 Indeed, protesters are becoming radicalized. They now refuse to buckle under pressure, and they are willing to take to the streets over issues as nonpolitical as the environment and as local as the construction of a cathedral. Unable to suppress the protests using force, the authorities have met these displays of mass dissent with confusion and attempted to accommodate protesters, sometimes meeting their demands.

Many people in the regime and beyond are not inclined to take the current wave of protests in Yekaterinburg, Yakutsk, Siyes, and Ingushetia seriously, says analyst Yevgeny Gontmakher, assuming the causes are so varied and the solution to the demonstrations is the same as it was in 2011-2012.

Many think that a few arrests, a few expulsions from university, and a possible new foreign move will be sufficient to put everything back into the box as it was before. But they are wrong  because of something they aren’t considering: generational change {HT: Paul Goble}.

Vladimir Putin has developed an economic system in Russia that consolidates state control over the country. He has also created a super wealthy and loyal plutocracy that owes its existence to him personally. In a conversation with Kennan Institute Deputy Director William Pomeranz, Atlantic Council Senior Fellow Anders Åslund will discuss his new book “Russia’s Crony Capitalism” and how Putin has begun to mask economic stagnation through military adventurism.