The growing awareness that Russia, growing ever more hostile, should be treated as a threat rather than a mere annoyance is pushing Western capitals toward a unified front in challenging Moscow over such serial transgressions as destabilizing its neighbors, assassinating its critics abroad, meddling in the elections of other countries, tolerating the use of chemical weapons by the Syrian government and cyberskirmishing, the New York Times reports:

The confrontation is likely to only get worse, analysts say, for one main reason: Mr. Putin and his closest advisers are convinced they are justified in their policies and have persuaded important portions of the elite as well as the bulk of Russians that the country is thriving, rebuilding its global muscle rather than weakening itself. 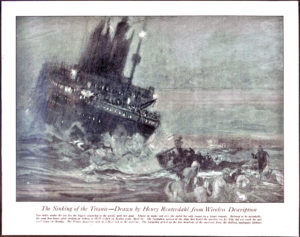 Putin’s regime is “a Titanic looking for its own iceberg,” according to a leading analyst.

The ruling elite wants to be inside the West for its own purposes, but also against the West, promoting militarization and

patriotism in an efforts to consolidate its legitimacy, said Russian political analyst Lilia Shevtsova (right), addressing the National Endowment for Democracy’s International Forum for Democratic Studies (above). The elite is seeking a new incarnation, but with diminished resources, while militarization entails international isolation and marginalization. Ordinary Russians want change but the system can’t allow it, she added.

Western commentators “got Russia wrong”, especially in dismissing its international relevance,” said Miriam Lanskoy, NED’s Senior Director for Eurasia. But there is now a risk of overstating it strength, she said, recommending a speech by former National Security Adviser HR McMaster for recognizing that the US is in a new global completion needs to summon the will to advance democratic values.

The US lacks a clear strategy on Russia, Stephen Sestanovich, a senior fellow at the Council on Foreign Relations, told The New York Times.