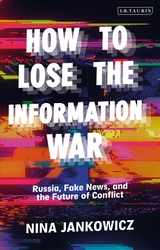 Contemporary Russia is probably weaker in geographical, demographic, economic, military and diplomatic terms than at any time in the past century, notes Evan Mawdsley, a former professor of international history at the University of Glasgow. In dealing with this fearful situation, the government in Moscow has had the advantage over its international rivals of its institutional strength relative to Russian civil society. Both under the communists and under their successors, there were few checks on what the Russian state could do – it has made up its own rules, he writes for the BBC.

In one chapter of her new book, “How to Lose the Information War,” Nina Jankowicz describes how relocating the Bronze Soldier statue in Tallinn, Estonia’s capital, exposed divisions between Russian speakers and Estonians. The Bronze Soldier was a controversial Soviet World War II memorial, which also served as a reminder to many of the 50 years Estonia spent under Soviet occupation.

Jankowicz spoke with The World’s Marco Werman about how this controversy made Estonia vulnerable to a cyberattack over a decade ago that laid some of the groundwork for Russia’s future disinformation campaigns. 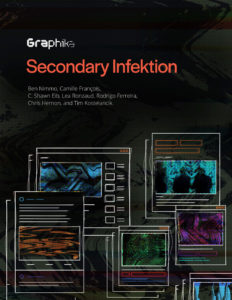 Russia’s authoritarian political system under President Vladimir Putin shows no signs of letting up on its domestic repression or its foreign activities.  The courts, the legislative branch, most of the media, and the security services are all controlled by the Kremlin, with private sector oligarchs beholden to Putin and corruption the glue that holds it all together, notes the nonpartisan Democracy & Human Rights Working Group:

Russia under President Putin is a threat to the West and to its own people.  While the West has worked to counter Russia through a variety of “sticks,” it is also important to explore the use of “carrots,” in particular aimed at the Russian people. Recommendations for the U.S. administration, Congress, and the 2020 presidential candidates for supporting democracy, human rights and rule of law in Russia include:

*  The Democracy & Human Rights Working Group is a nonpartisan initiative bringing together academic and think tank experts and practitioners from NGOs and previous Democratic and Republican administrations, seeking to elevate the importance of democracy and human rights issues in U.S. foreign policy. It is convened by Arizona State University’s McCain Institute for International Leadership.  The views expressed here do not necessarily represent the positions of individual members of the group or of their organizations.