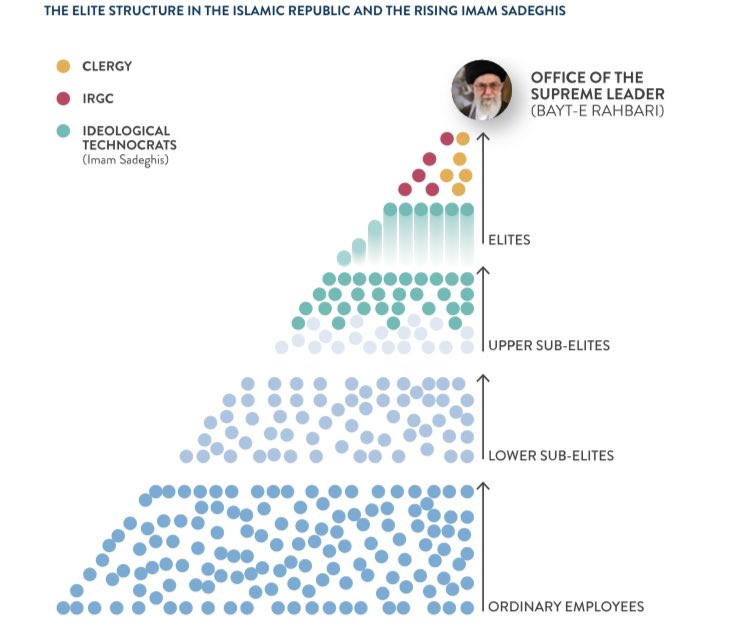 As Iran returns to talks over the Joint Comprehensive Plan of Action (JCPOA) with international powers, does the West really know who it’s negotiating with? The return to negotiations will be the first time the West faces Iran under its new President, hard-line Islamist cleric Ebrahim Raisi, note Saeid Golkar and Kasra Aarabi, Senior Fellow and Senior Analyst, respectively, at the Tony Blair Institute for Global Change.

As our new report uncovers for the first time, Raisi is shifting the power equilibrium in the Islamic Republic for the first time in 42 years, in order to fully cleanse the system. An elite group of technocrats has emerged as a power base in the clerical regime. Educated at the same, deeply hardline university, and devoted to running the government in the service of ideological goals, they present a new and entirely unfamiliar challenge to the West.

The new hard-line face of Iran’s nuclear negotiations is Ali Bagheri-Kani, a deputy foreign minister who will adopt a new approach, have different priorities, and present a new set of challenges. U.S. and European diplomats are aware of this — but what they may not realize is that Bagheri-Kani represents a systemic change well under way in the clerical regime, whose consequences should alarm the West.

Raisi was groomed to become president to “purify” the Islamic Republic. For Khamenei and his inner circle, purification is necessary to advance Iran to the next stage of the Islamic Revolution: the creation of an ideal Islamic state, which they regard as incomplete. Purifying the state includes further deepening the Islamization of society and improving administrative efficiency, while ending rife mismanagement and Iran’s consequent economic woes which they blame on Western-oriented bureaucrats running the state.

School for a new elite

This emerging cohort of “ideological technocrats,” which includes Bagheri-Kani, have one important affiliation in common: the Imam Sadegh University (ISU), an elite institution designed to indoctrinate the next generation of Iranian bureaucrats. ISU is exclusive, cult-like and reserved for the most fanatical regime supporters. It was established in 1982 by hardline clerics led by the late Ayatollah Mahdavi Kani, whose goal was to fuse the hawza (Shia seminary) with the modern university to nurture officials capable of running an Islamist state — think hardline clerics in suits.

The Imam Sadeghis represent a new, elite social class in Raisi’s Iran. For decades, technocrats were mistrusted by Iran’s ruling clergy which, since the Islamic Revolution, perceived them to be too close to the West. Abroad, they were seen as the “pragmatic” and “non-ideological” branch of the regime, as opposed to the ideologues in uniform who staff the Islamic Revolutionary Guard Corp (IRGC).

The rise of Iran’s ideological technocrats has significant implications for the regime domestically and externally.

This new ideological synergy between the most powerful groups in Iran is already surfacing. Meysam Latifi, the Imam Sadeghi in charge of public sector recruitment, recently echoed the worldview driving the IRGC’s expansionist Islamist policies abroad when he stated that he rejects the concept of the nation-state as “Western” and instead bases governance on the Shia Islamist model of governance (“the Imam and Ummah” ) that legitimizes exporting the Islamic Revolution to neighboring Muslim nations.

The risks to the West should be clear. RTWT