🇿🇼 #COVID19 should not be used to clamp down on fundamental freedoms, including freedom of expression & right to peaceful assembly. We remind #Zimbabwe that any lockdown measures & restrictions should be necessary, proportionate, time-limited. Learn more: https://t.co/WvwmYmZSfc pic.twitter.com/eqeo2iZVNc

Aníbal Cruz, who resigned as Bolivia’s health minister in April, sent 705 doctors back to Cuba in November 2019, soon after the fall of leftwing former president Evo Morales, The FT reports:

Mr Cruz estimates that one of South America’s poorest countries paid Havana almost $150m over 13 years for medical personnel. This included a salary for each doctor of approximately $1,000 a month, but Mr Cruz said Cuba’s government retained $800 and gave the doctors $200. He alleged that many of the personnel deployed were not medics but political operators and state agents.

“This was a work of political indoctrination camouflaged as a medical solidarity mission,” Mr Cruz told the Financial Times. 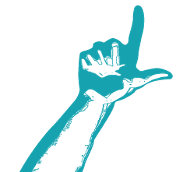 “There’s a genuine ethical question out there for countries which avail themselves of this service. But for the Cubans, it’s a straight economic question — it’s a cash cow,” said a senior western diplomat familiar with the Cuban medical program.

The coronavirus pandemic should not be used as an excuse to clamp down on fundamental freedoms, the UN human rights office (OHCHR) reminded authorities in Zimbabwe on Friday.

OHCHR spokesperson Liz Throssell, speaking to journalists in Geneva, expressed concern over allegations suggesting that Zimbabwean authorities may be using the COVID-19 crisis as a pretext to stifle freedom of expression and peaceful assembly on the streets.

Her comments echoed concerns expressed in “A Call to Defend Democracy”, an Open Letter initiated by the Stockholm-based International IDEA and the US-based National Endowment for Democracy, and signed by some 73 pro-democracy institutions as well as 13 Nobel Laureates and 62 former heads of state and government.

Turkey’s handling of the coronavirus pandemic could have been an opportunity to reduce polarization and restore public trust in the government, note Freedom House analysts Gina S. Lentine and Didem Tali.

Thanks to recent reforms and public investments in healthcare, Turkey did an excellent job in flattening the curve of infections, gaining praise from the World Health Organization, WHO, for its “vigilant, cautious” measures. In this new landscape, Turkey has instead further restricted fundamental rights and used purposefully polarizing political maneuvers to further divide society. Instead of unity, public trust and open debate, the result is division, restriction, and censorship, they write for Balkan Insight. RTWT 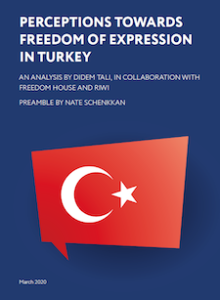 Turkey is undergoing a major demographic transformation with the advent of a well-educated and digitally savvy younger generation, according to a new Freedom House report, Perceptions Toward Freedom of Expression in Turkey:

Thanks to this demographic window of opportunity and increasing digitization, many of the dynamics that strained democracy and freedoms in Turkey might dramatically change in the upcoming decades. Nevertheless, the current gap between the socio-economic progress and the deterioration of the freedom of speech in Turkey in the last few decades remains baffling….The difficulties people of Turkey experience in accessing information, the rising concerns over censorship, and challenging conditions for press workers cast a pessimistic shadow on public opinions.

In Ukraine, the mayor of Ivano-Frankivsk called for the expulsion of Roma from the city alleging that Roma were violating quarantine restrictions.  Also, U.S assistance in Ukraine has provided a series of ad hoc consultations and legal assistance to media professionals, journalists, and activists on the impact of emergency laws and quarantine restrictions on freedom of expression, the U.S. State Department adds.