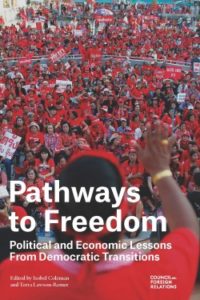 The rise of Islamism in Malaysia and Indonesia could have severe consequences for the two states’ societies, political systems, and overall stability, says a leading analyst.

Malaysia’s prime minister, Najib Razak, founded the Global Movement of Moderates in 2010, an organization that seeks to unite countries to combat extremism and proffers Muslim-majority Malaysia as a tolerant nation. Indonesia, home to the world’s largest Muslim population, has been held up as a leading global example of democratization. I echoed this view in a 2013 book, Pathways to Freedom: Political and Economic Lessons from Democratic Transitions, Council on Foreign Relations expert Joshua Kurlantzick writes:

Leaders in Malaysia and Indonesia, presiding over multiethnic and multireligious societies, had largely thwarted the hardest-line religious groups from exercising an assertive influence over political life. Indonesia became a consolidated democracy in the 2000s, after holding multiple free and fair elections and peacefully transferring power via the ballot box. In Malaysia, the ruling coalition, dominated by Najib’s United Malays National Organisation party, has controlled politics since independence in 1957. While the country’s laws do give special benefits to ethnic Malays, its constitution protects religious freedom.

is a toxic political ideology (separate from the religion of Islam) that seeks to impose its vision of theocratic rule first onto Muslims and then everyone else, argues Elliot Friedland, a research fellow at the Clarion Project.

Since the beginning of this decade, conservative and often Islamist groups, which slowly amassed power in the late 2000s, have gained greater influence over the law and politics in Malaysia and Indonesia, Kurlantzick adds:

Neither Jakarta nor Kuala Lumpur can completely halt the rise of hard-line groups. When Islamists are integrated in the democratic process, such as by winning local elections, they should be encouraged to continue operating within the system. Jakarta should crack down on militants’ vigilante activities but otherwise proceed cautiously in efforts to oversee the democratic participation of energized hard-line groups.