The West is now rudderless. To be rudderless puts you at the mercy of elements. The elemental forces of politics today are tribalism, populism, authoritarianism and the sewage pipes of social media, notes Bret Stephens. Each contradicts the West’s foundational commitments to universalism, representation, unalienable rights, and an epistemology built on fact and reason, not clicks and feelings. We are drifting, in the absence of mind and will, toward a moment of civilizational self-negation, he writes for the New York Times:

When did the drift begin? Probably in 1989, when Francis Fukuyama published his landmark essay “The End of History?” and a decade of democratic complacency took hold. Why worry about the health and fate of liberal democracy when its triumph was inevitable and irreversible? Why teach the benefits of free markets and immigration — or the dangers of socialism and nativism — when history had already rendered a verdict? 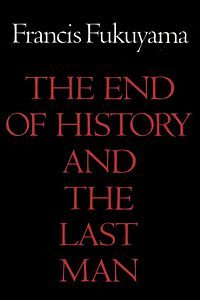 The only flaw in the brilliance of The End of History was that its thesis turned out to be wrong, and wrong in a huge way, claims Alan Wolfe. For one thing, China found a way to produce rapid economic growth while bypassing democracy. The Soviet Union did indeed collapse, but far from turning to liberal democracy, it gave us something more closely resembling fascism. And even the liberal democracies themselves have witnessed growing inequality and political instability, he writes for the New Republic:

To be sure, Fukuyama’s new book does contain a thesis. As it happens, the new idea stands in the sharpest possible contrast to the older one. Liberal democracy, far from showing us a glimpse of a universalist future, now, we are told, faces a severe crisis. Rapid economic growth makes contemporary liberal democracies attractive destinations for people seeking a better life. But the resulting diversity, furthered by the new groups seeking recognition, is attacked by groups already in the home country as a lowering of their status. …With the rise of ethnic politics, there may soon be few if any liberal democracies left. The particular has completely subsumed the universal.

But Fukuyama’s argument—not the caricature of it—is as persuasive and powerful as ever, argues Paul D. Miller, a Professor of the Practice of International Affairs at Georgetown University’s School of Foreign Service. His contention that there is no conceivable ideological rival to liberal democracy still rings true: Despite the rise of China, the rise and fall of al-Qaeda and the Islamic State, the return of Russian belligerence, and the waves of populism and nationalism sweeping the globe, there is no alternate, comprehensive set of political and economic ideas poised as a rival to liberal democracy with universal aspirations and global appeal, he writes for The American Interest:

If liberal democracy is, for better or for worse, still the best political alternative we have, is there a solution to its failings and its current crisis? Unfortunately, Fukuyama [a board member of the National Endowment for Democracy] left this question unanswered in his original essay. Thirty years on, the need is all the more pressing to reform liberalism and strengthen it against its challengers. He recognized that the “emptiness at the core of liberalism is most certainly a defect in the ideology,” but admitted that “it is not at all clear that [the emptiness] is remediable through politics.”

There is at least one easy answer: Defending the liberal society from its enemies still requires heroic virtues, Miller contends. RTWT