President Vladimir Putin has proposed the most sweeping overhaul of Russia’s constitution since its adoption in 1993. Though the details are complicated, the upshot is simple: Putin, already in power for 20 years, is putting in place the pieces that allow him to keep calling the shots, Jake Rudnitsky writes for Bloomberg.

Russia’s leading opposition politician, Alexei Navalny, and other Kremlin foes have denounced Putin’s move as an attempt to secure his rule for life, but the proposals didn’t immediately trigger any major protest, The Washington Post adds. The public response was muted by the vagueness of Putin’s constitutional changes, and the dismissal of the unpopular Medvedev also helped divert attention from the suggested amendments. 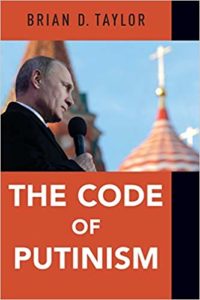 Even without the formal status of president, Putin would remain the supreme ruler of Russia, analyst Nadezhda Azhgikhina writes for The Nation.

Russia’s Potemkin institutions are effectively ceremonial camouflage to obscure the reality of oligarchic and personal rule. But how they are shuffled, positioned, and manipulated provides hints about how that rule will be structured. And we just got a bunch of data points to start connecting, he contends.

The bottom line: Putin’s plan to tweak Russia’s constitution underscores his political dominance, adds CFR Expert and former National Endowment for Democracy board member Stephen Sestanovich. But it also introduces new tensions within the system that are likely to challenge the power and interests not only of other actors, but his own as well, he writes:

A game of constitutional musical chairs in Moscow could create opportunities (some will see them as imperatives) for private initiative far from the capital. Does an enterprising regional governor decide to set his own rules for foreign investment? Does a mayor put the squeeze on businessmen who may not be as well-protected by friends in the Kremlin as they used to be? Local politicians and entrepreneurs will not necessarily see Putin’s mastery of the succession process as a reason to limit their own empire-building.

Moscow-based analyst Masha Lipman viewed the decision as a step by the president to head off a potential “sense of fatigue” among the Russian people (above). Lipman said it was “beyond doubt” the idea behind the changes was for Putin to “retain his grip on power”.

An empowered State Council, with Mr Putin as its head, could resemble a Soviet-era Central Committee of the Communist Party, where regional first secretaries were both powerful and loyal to the general secretary. To seal Russia off from the world, a revised constitution would also reduce the sway of international court rulings and conventions over Russian law, The Economist adds. Still, Russia is far from safe from upheaval. Mr Putin may continue to rule in some form or other after 2024, but he cannot extinguish the feelings of injustice and discontent that make it so dangerous for him ever to leave the presidency.

Brian Taylor, a political science professor at Syracuse University’s Maxwell School of Citizenship and Public Affairs and the author of “The Code of Putinism,” said Putin’s motive was to secure himself a powerful role post-2024 and constrain the powers of his successor, the Post adds. 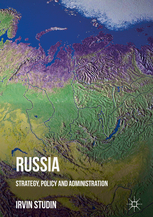 Putin or not, Russia is still struggling to find its unique path, argues Irvin Studin, President of the Institute for 21st Century Questions (Toronto) and author of ‘Russia – Strategy, Policy and Administration’. The Kremlin can move fast and at great scale outside its borders – as it has recently in Ukraine and Syria – but it has been far less impressive in nudging the vast, many-headed machinery of government and the population more generally to great domestic results, he writes for The SCMP.