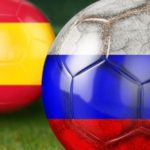 When Russian President Vladimir Putin stepped up to the podium at the opening match of the 2018 World Cup, he assured the world that Russia is “an open, friendly and hospitable country,” Jules Boykoff, who teaches political science at Pacific University in Oregon. Never mind that Russia has a notorious record of racism and homophobia and that Human Rights Watch has asserted that we’re in the midst of “the worst human rights crisis in Russia since the Soviet era,” he writes for NBC News:

Not only was Putin brazenly prevaricating, he was also tapping into the trend among authoritarians to “sportwash”— using mega-sports events to launder their reputations and distract from their horrific human-rights records, adds Boykoff, the author of three books on politics and sports, most recently “Power Games: A Political History of the Olympics.”

No Russian elite has ever privatized the state into its own hands as much as the current one which combines power, property, and the repressive apparatus, depends on Vladimir Putin to hold things together, and wants to transfer this “property” to its children, says analyst Lilia Shevtsova [left – HT: Paul Goble’s Window on Eurasia]:

Here is the irony, she says. “The reproduction of an autocracy with a new leader at its head is still possible – but only via the destruction of the present regime along with all its pillars,” the very people who want to continue to be the owners of the state and who have no interest in being destroyed.

“Putin’s autocracy and its democratic veneer,” doesn’t impress Roger Cohen. He warns against joining the “Putin camp against the Western liberal democracy of, say, Angela Merkel in Germany” and against “the growing illiberal authoritarian international movement.”

The type of aggression that the Russians are exercising in terms of soft power is part of a larger theme – that liberal democracies are under pressure all around the world, says U.S. Congressman Peter J. Roskam, who leads the House Democracy Partnership. 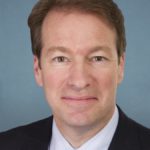 “Authoritarianism is on the rise and Russia is a big part of this,” he observes. “I think smart thinkers in Europe recognize these trends and there is an interest on the part of some of the established European nations to try to influence other democracies around the world on the good side of this, the virtuous side of this,” adds Roskam, who serves on the Board of Directors for the National Endowment for Democracy. RTWT