Police in Moscow detained 39 protesters at a rally calling for opposition candidates to be allowed to run in September’s elections to the Russian capital’s parliament. Opposition leaders cried foul after Moscow’s election commission said most of their candidates failed to secure the required number of signatures to participate in the election, The Moscow Times reports.

Recent demonstrations in Russia have not been led by a particular group or movement with grand political designs. Instead, protesters in Arkhangelsk – much like those in Yekaterinburg and even in Moscow – are simply people fighting for their government, finally, to treat them with the dignity and respect they deserve, argues Andrei Kolesnikov, a senior fellow and the chair of the Russian Domestic Politics and Political Institutions Program at the Carnegie Moscow Center.

Russian authorities have failed to bring to justice those responsible for the murder 10 years ago of Natalia Estemirova, Chechnya’s most prominent rights defender, Human Rights Watch said today in a joint statement with Russian and international human rights groups:

On the morning of July 15, 2009, Natalia Estemirova, who worked in the Grozny Office of Memorial Human Rights Center, a leading Russian human rights organization, was forced into a car by unidentified security personnel near her home in Grozny. She was shot dead later that day in the neighboring North Caucasus republic of Ingushetia. Her killing elevated the climate of fear in Chechnya and sent a chilling warning to local residents who might seek assistance from human rights defenders.  Estemirova, a close colleague of Human Rights Watch, had received the organization’s annual award for extraordinary activism in 2007.

“We are still waiting for the Russian government to carry out an effective investigation into the murder of our friend and colleague, Natalia Estemirova,” said Tanya Lokshina, associate Europe and Central Asia director at Human Rights Watch.

Estemirova, a researcher in the Memorial office in Chechnya, was killed because of her work on human rights in Chechnya, said Miriam Lanskoy,  Senior Director for Russia and Eurasia at the National Endowment for Democracy. Following that tragedy, the office of Memorial in Chechnya was closed and all the local staff members were temporarily relocated to ensure their safety, she told a 2011 hearing of the Tom Lantos Human Rights Commission. 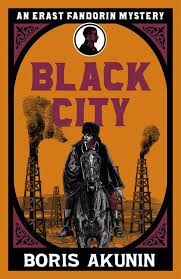 Russia’s hyper-centralized system is “chemically incompatible with democracy,” says bestselling author Boris Akunin. The best way for Europe and the United States to advance a more pluralistic, democratic Russia  is to leave it to its own destiny, he tells Jeffrey Gedmin, editor-in-chief of The American Interest, and Laure Mandeville, a senior reporter for Le Figaro.

“What the West can do and, I think, should do is to help Ukraine, a new country, a young democracy, still unstable and very vulnerable,” Akunin observes. “If democracy in Ukraine wins, it would be a huge boost to the democratic movement in Russia. For us Ukraine is a sort of alternative Russia—only without the burden of imperialist nostalgia and free to elect its leaders.

Military actions in Crimea were successfully used by Putin to satisfy both military elites and public because the defense of ethnic Russians is understood to be one of the central areas of consensus among diverging domestic interest-groups, notes analyst Rusudan Zabakhidze. Thus, for anocracies, or for pseudo-democracies, such as Russia, diversionary policy serves as a useful tool to gain the legitimacy of foreign actions within the domestic public, she writes for The Strategy Bridge.