Hong Kong police have been accused of re-writing history over their account of an attack on protesters in 2019, as two opposition lawmakers are arrested. Last year, masked men suspected to be triad gangsters attacked pro-democracy protesters and passers-by in Yuen Long, injuring dozens and shocking the city, The BBC reports (below):

However police now say the clashes were “between two evenly matched rivals” and deny that they were slow to respond. One lawmaker who was hurt in the clash has now been held on “riot” charges. A police source told the BBC that a total of 16 people, including the two lawmakers, had been arrested on Wednesday. The legislators, Lam Cheuk-ting and Ted Hui Chi-fung from the Democratic Party (below), were arrested at their homes on Wednesday morning. 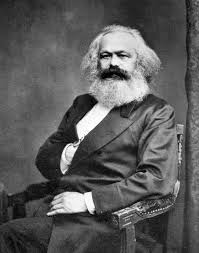 Even Karl Marx quietly admired Britain’s parliamentary accountability, independent courts, and strong executive, notes Oxford University Chancellor Chris Patten. But Chinese President Xi Jinping and his cronies, fearful that globalization, urbanization, and the Internet might endanger their dictatorship, have taken aim at all those elements of liberal democracy they regard as incompatible with Communist Party rule, he writes for Project Syndicate:

Conveniently for those of us outside China, Xi listed these liberal democratic threats in the instructions he issued to party and government officials in 2013, soon after becoming president. They include “Western constitutional democracy,” the promotion of universal rules of human rights, media independence, civic participation, and criticism of the CPC’s past. Taken together, they amount to a pretty good description of the values that Hong Kong represented and which Xi’s regime now wants to obliterate.

Standing up to such assaults on liberal democratic values requires a robust response to hostile behavior. Above all, liberal democracy’s defenders must show that they themselves still believe these values are worth fighting for, Patten adds.

But China does not represent an existential threat, according to Anatol Lieven, a professor at Georgetown University in Qatar and a senior research fellow at New America in Washington. Chinese influence operations in the West are real and should be resisted, but they are intended to influence Western policies toward China, not cause state collapse and revolution, he writes for Foreign Policy:

The competition with China cannot be won by the sort of systemic knockout that finished the Soviet Union, and that the Soviet Union dreamed of inflicting on the West. Its most important aspect is the relative success of the two capitalist systems in terms of economic growth, the maintenance of social stability, and ability to cope with new crises. This is indeed where China, as a successful capitalist country, is a more serious challenger than the Soviet Union.