Cubans will be able to access the internet from their homes as the government tries to defend its legitimacy both in the real and virtual worlds, Euronews reports.

Cuba went online in the 1990s, and has since lagged behind much of the world in the rush toward greater connectivity. For years, access has remained expensive and tightly controlled, inhibited in part by the government’s concerns about the potentially subversive effect of free-flowing information, The New York Times adds:

But legal home internet connections still remain rare — only 67,000 homes had it by last December, Freedom House reported — and most legal access in offices has been restricted to certain government employees and professions. …………….While the Cuban government has acknowledged that the modernization of its economy required greater connectivity, it has worried that broader access could fuel dissent, said William LeoGrande, a professor of government at American University in Washington and a specialist in Latin American politics.

“There has always been a tension between the political risk of expanding internet access and the economic necessity for expanding access,” Mr. LeoGrande said.

A series of decrees and measures published in early July in the island’s official Journal call for “responsible use by citizens” as well as both “the political defense and cybersecurity in the face of threats, attacks and risks of all sorts,” AFP adds:

The message is clear: the internet must be an “instrument for the defense of the revolution,” under regulations to be enforced by the Communications Ministry ….. In short, the internet will continue to be closely monitored by the authorities, as it has been from the start. Only a small percentage of the Cuban population can access the global internet, as opposed to the government-controlled national internet, according to the NGO Freedom House.* Blogs and websites critical of the government are frequently blocked.

Ted A. Henken, a professor and Cuba expert at Baruch College in New York, predicted that the short-term effect of the regulations will be “minimal,” and that long-term consequences will depend on what he called “the devil in the details,” The Times adds.

“Cuba has the tradition of accompanying new regulations that seem to ‘open’ things up (the market, travel, the internet, etc.) with new punishments and controls,” he wrote in an email on Monday. If the law does, in fact, “regularize” the many digital workarounds that have multiplied in recent years, he said, “this will be a significant step forward.” 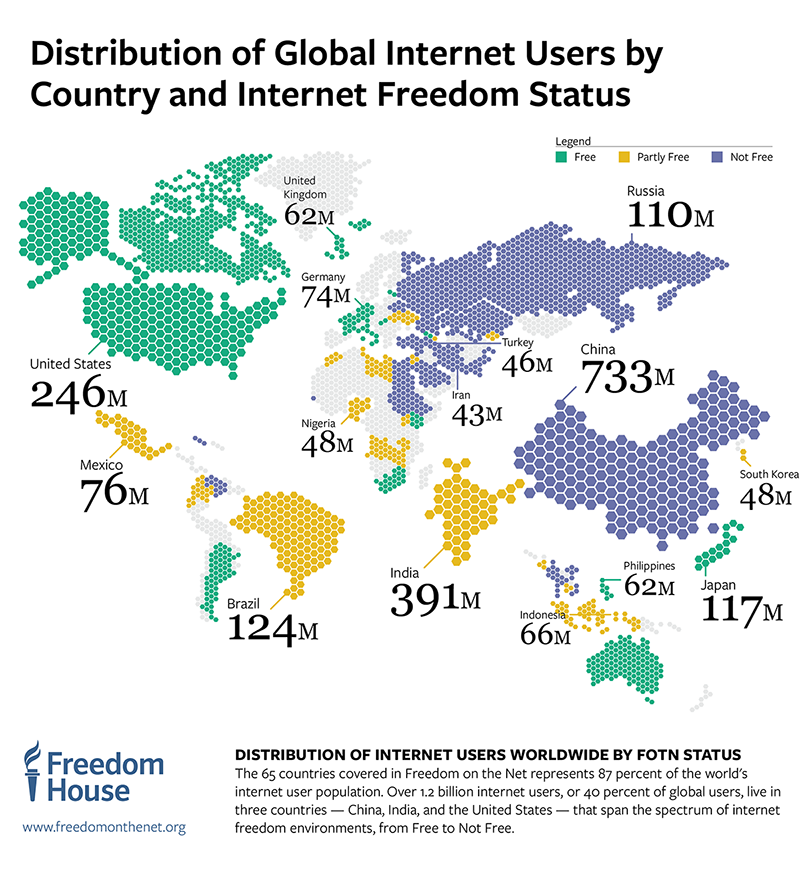