Democracy, repeatedly declared moribund by schadenfreudian pundits, may be more resilient than some acknow­ledge, notes Steven Pinker, the Johnstone Professor of Psychology at Harvard University and the author of 10 books, including ‘Enlightenment Now: The Case for Reason, Science, Humanism, and Progress’:

Everyone has read about backsliding in countries such as Turkey, Russia and Venezuela — but fewer have read about the gains in countries such as Georgia, Sri Lanka, Nigeria, Armenia, Malaysia and Ethiopia. According to the Varieties of Democracy scorecard, during the past decade the number of democracies in the world has hovered in a record-high range, with 99 (55 per cent) in 2018, compared to 87 in 1998, 51 in 1988, 40 in 1978, 36 in 1968 and 10 in 1918. And in the past year, pressure for democratisation has heated up in protests in Venezuela, Bolivia, Russia, Algeria, Sudan and Hong Kong. 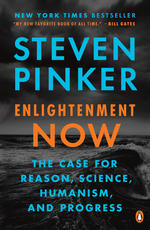 Democracy is self-regulating; sometimes it must face a period of recession, adds Sławomir Dębski, Director of the Polish Institute of International Affairs.

The time for global democratic correction is approaching, and democracy can again become attractive. To do so, it must respond to today’s global demand to combat corruption, which leads to inequality of political rights and limits the pursuit of prosperity, he writes for a recent Council on Foreign Relations symposium. Democracy’s glory days will return when it once again becomes the best instrument to fight this demon. Whether this renewal will start in 2020 is unclear, but the global anti-corruption campaign cannot start without the United States.

If you’re depressed by the state of the world, let me toss out an idea: In the long arc of human history, 2019 has been the best year ever, Nicholas Kristof writes for The Times:

Every single day in recent years, another 325,000 people got their first access to electricity. Each day, more than 200,000 got piped water for the first time. And some 650,000 went online for the first time, every single day. Perhaps the greatest calamity for anyone is to lose a child. That used to be common: Historically, almost half of all humans died in childhood. As recently as 1950, 27 percent of all children still died by age 15. Now that figure has dropped to about 4 percent.

Yet progress can be threatened not just by complacency but by tribalism, authoritarianism and science denial, adds Pinker. These insults to Enlightenment ideals are not just philosophical; they undermine concrete measures that have driven progress in the past, including democratic checks, free trade, environmental regulation and international agreements, he writes for The Financial Times:

Though we cannot know how much damage authoritarian populism will do, there are reasons to think it is not the face of the future. Its support is greatest among rural, less-educated, ethnic-majority and older cohorts, all in demographic decline. And even countries that try to hide in a nationalist fortress will increasingly be besieged by crises that are inherently global and cannot be solved without international co-operation, including climate change, ocean degradation, pandemics, migrants, cyber crime, terrorism, piracy, dark money and nuclear proliferation. RTWT