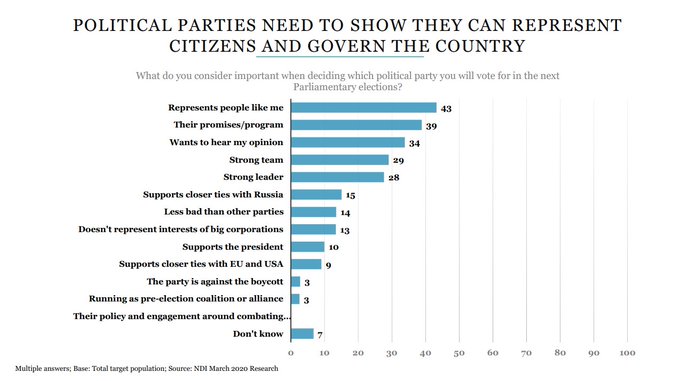 “Citizens are looking for political parties or movements genuinely interested in engaging with them and making their lives better. The fact that people emphasize party platforms in deciding whom to vote for demonstrates an urgent need for the parties to show how they would govern Serbia based on public priorities,” said NDI/Serbia Project Director Wim Borremans.

According to preliminary results, the Serbian Progressive Party (SNS), the ruling party of Serbia‘s President Aleksandar Vucic, claimed a landslide win in Sunday’s general elections, securing 190 (+/-) of the 250 seats in Parliament. An alliance of several opposition parties boycotted the elections, and virtually no opposition groups will be represented in Parliament, the National Endowment for Democracy’s Tanja Dramac Jiries Faith Bailey and Kaltrina Selimi report. 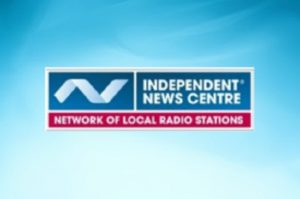 The election results, as well as the opposition boycott, are a culmination of years of severe political polarization in Serbia. OSCE’s Office for Democratic Institutions and Human Rights (ODIHR) released a preliminary statement on the elections, concluding that the Serbian authorities organized the elections efficiently in difficult circumstances, but voters were left under-informed and frustrated by the opposition’s lack of access to the media. Observers agree that the dominance of the ruling party risks the neutrality of the country’s democratic institutions, and that dialogue is needed to bridge the deep political divisions and protect pluralism.

The ruling party’s strong majority in Parliament will grant it governing authorities such as amending the Serbian Constitution, which has strong potential to affect the Kosovo-Serbia dialogue, since the Constitution’s preamble currently states that Kosovo is an “integral part of the territory of Serbia.”

The current US administration has become increasingly involved in the dialogue for “normalization of relations.” The EU has facilitated the process since 2011 but with few results, and has been criticized for its lack of transparency and citizen involvement in the process. Earlier this year, the US appointed a Special Envoy, Richard Grenell, to oversee the dialogue, and now Kosovo’s and Serbia’s governments are to meet in Washington D.C. on June 27. According to Grenell, the US will facilitate the first phase of the restarted negotiation talks and will focus on economic relations; the EU, he says, will focus on political relations. The EU’s envoy for the dialogue has not yet committed to participate in the US-led process. Several of our partners have warned that the push for a final deal may resurface calls for territorial exchanges between the two countries in exchange for mutual recognition.

Meanwhile, on June 24, the Kosovo Specialist Chambers— a court sitting in the Hague but functioning under Kosovo law to investigate and, if warranted, prosecute individuals for crimes alleged in the January 2011 Parliamentary Assembly of the Council of Europe—announced an indictment for President Hashim Thaci and Democratic Party leader Kadri Veseli, accusing them of a range of crimes including “murder, enforced disappearance of persons, persecution, and torture.” The announced accusations add further ambiguity about the future of the Kosovo-Serbia dialogue.

In addition to eight active “Conflict Resolution” projects in Kosovo and Serbia, the NED supports two independent media organizations—the INC Network of Radio Stations and New Perspektiva  (below) that focus specifically on fostering transparency and accountability around the Kosovo-Serbia dialogue process.