Despite his stridently nationalist rhetoric, Beijing’s ‘sharp power’ poses no threat to other nations, according to Chinese President Xi Jinping.

Speaking at the close of the annual session of the National People’s Congress yesterday, Xi, who was given a second five-year term over the weekend, also stressed the leadership of the Chinese Communist Party (CCP) over all aspects of the Chinese society, the Straits Times reports.

“China will never develop itself at the expense of the interests of other countries,” he said. “China’s development will not pose a threat to any country… China will never seek hegemony and never engage in expansion,” he added.

Xi’s claims came as the Foreign Affairs Committee of the US House of Representatives prepared to hold a hearing on “U.S. Responses to China’s Foreign Influence Operations.” Witnesses included Shanthi Kalathil, Director of the National Endowment for Democracy’s International Forum for Democratic Studies.

“As China’s power grows, so too does its influence,” said committee chairman Rep. Ted Yoho. “An outgrowth of its totalitarian control at home, China’s foreign influence operations have been called ‘sharp power,’ differing from the traditional model of ‘soft power’ because they are covert and coercive. They are based not on China’s inherent attractiveness and persuasiveness, but on the Chinese Communist Party’s ability to control information and suppress criticism and competing ideas.”

Xi transformed this year’s extended meeting into an adulatory celebration of him and his policies to permanently install the Communist Party at the heart of China’s resurgence. He is now officially China’s “national helmsman,” an accolade echoing one of the honorifics used for Mao, the “great helmsman,” the New York Times adds.

“I don’t like the word Maoist, but Xi really is bringing back the party in charge, but also bringing back a personified power in charge,” said Ryan Manuel, an expert on the Chinese Communist Party at the University of Hong Kong. “But personifying power has risks,” he said. “Xi has, better than anyone since Mao, gone around the checks and balances that were placed on him.”

“Xi and his supporters within the Chinese Communist Party have broken the post-Mao-era taboo of promoting one individual leader above the whole party,” said Anne-Marie Brady, a professor of political science at the University of Canterbury in New Zealand who studies Chinese propaganda.

The sharp elbows behind Beijing’s sharp power were in evidence at the United Nations this week.

The Chinese government interrupted UN testimony by one of its most well-known former political prisoners, who took the floor on behalf of the Geneva based human rights group UN Watch, as he addressed the 47-nation Human Rights Council in Geneva. China lashed out at the end, saying in a right of reply that “NGOs and individuals with ulterior motives use this forum to fulfill their evil purposes,” UN Watch reports:

Before the speech, one of the Chinese government delegates sought to intimidate the speaker, Dr. Yang Jianli (right), by taking pictures of him outside the hall for more than 10 minutes. UN Watch has filed a formal complaint with UNHRC President Vojislav Suc, demanding that the Chinese delegate-believed to be Mr. Wei Zhimin be permanently expelled from the UN.

Only moments into his speech, Dr. Yang was interrupted by China, which falsely claimed that he was not properly accredited with UN Watch. In two other interruptions, China claimed that Yang was not addressing the correct topic, which was universal human rights as enshrined in the 1993 Vienna Declaration. In 2014, as reported in the New York Times, China also spied on and intimidated a Chinese human rights defender brought by UN Watch. In 2015, Reuters reported on China’s escalating use of intimidation tactics to silence its critics at the UN.

“The Chinese delegation were trying to intimidate me, but their efforts were in vain,” said Dr. Yang. “They should know me better: I endured lengthy solitary confinement, and even a death threat.”

“I really appreciate that UN Watch granted me this rare opportunity to directly confront the Chinese government, and to make the true voice of the Chinese people heard at the UN and before the world, to give a voice for the voiceless.”

Meanwhile, a debate over whether Beijing’s Belt and Road Initiative (BRI) is a form of Chinese state-sponsored power projection is still raging, as is the question of whether the BRI is a form of soft power or sharp power, analyst Alessandro Arduino writes for the Diplomat.

The acclaim for Xi and his stridently nationalist rhetoric has unnerved Chinese people and foreign observers who fear hubris by a leader unrestrained by checks and balances, the Times adds:

In private chats over recent weeks, retired officials and academics in Beijing have also said Mr. Xi’s inflated power may encourage him to press harder for the return of Taiwan, the democratically governed island that Beijing views as a breakaway province. Mr. Xi’s latest comments appeared likely to encourage that view.

“Now you have almost all the power in your hands, and you have all the trusted people on your team, you need to deliver miracles,” said Ding Xueliang, a professor at the Hong Kong University of Science and Technology who studies Chinese politics. “Xi Jinping needs to deliver something big, and Taiwan is something very, very big.” 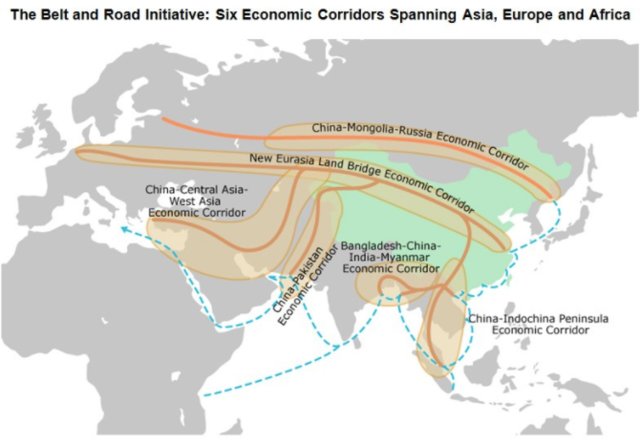