Talks between Caracas and Washington around the release of the US citizens now overshadow negotiations between Maduro’s government and opposition leaders, which began after intense street protests in 2019, CNN suggests. 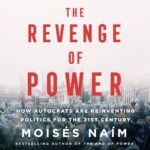 The regime’s dysfunctionality and repression have forced at least 6,147,040 Venezuelans into exile as refugees and migrants across the world, of whom 5,087,495 are in Latin America and the Caribbean, according to La Plataforma de Coordinación Interagencial para Refugiados y Migrantes (R4V – above).

Venezuela stands out as an example of a criminalized state, says analyst Moisés Naím, author of The Revenge of Power. The state becomes an organized criminal organization that essentially uses the structure, strategies, tactics, modalities of organized crime, he tells Democracy Paradox.

Maduro maintains a tight grip on Venezuelan society, supported by loyal government officials and the military who keep him in power, analysts observe. Lack of judicial independence allows the regime to maintain control over the population, granting officials complete impunity.

The Way Forward for Venezuela project will evaluate dynamics within the Venezuelan political ecosystem, not only in Caracas, but across the country at the state and local levels. It will also assess relationships among factions in the Venezuelan opposition and sectors of Chavismo.

The erosion of democracy around the world has followed a similar pattern, or “playbook,” which authoritarian leaders are increasingly replicating to undermine democracy. In Venezuela, the Maduro regime has used—and perfected—the dictator’s playbook. With elections likely looming in 2024, it is important to understand whether the exercise of elections could serve as an important rallying point for a democracy playbook in Venezuela, CSIS adds. 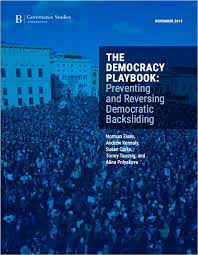 A forthcoming event will discuss the practical ways in which the Venezuelan opposition, democratic leaders in the Western Hemisphere, civil society, multilateral organizations, and the private sector can utilize tools from the democracy playbook to begin restoring Venezuela’s democracy and create space for more competitive elections in 2024.

Sharpening the Democracy Playbook: A Practical Approach for Venezuela

Institute of the Americas President and CEO Richard Kiy moderates a discussion with Alberto Vollmer and Richard Feinberg discussing fresh thoughts and ideas regarding current U.S. policies toward authoritarian states (above). The panel also considers what can be done to keep the current regimes in check and prevent other states in Latin America from falling under authoritarian rule.

It is highly likely that Nicolas Maduro will remain President of Venezuela through sanctions and foreign support for his opposition. https://t.co/ftC3Rfcx1z via @Grey Dynamics