What is the connection between Algeria, Egypt and Sudan, and do the rising protests worry the region’s autocratic leaders, France24 asks (above).

In Algeria and Sudan, the protesters hold strong cards. So far, the military has been trying to judge the mood, with the street holding veto power. If the protests in both countries remain massive, their armies will have to make concessions, argues Ishac Diwan, a visiting professor at Columbia University’s School of International and Public Affairs, who holds the Chaire d’Excellence Monde Arabe at Paris Sciences et Lettres.

The game is not zero-sum. Army chiefs and demonstrators agree on the need to shrink the bloated police, semi-legal militias, overbearing secret service, and overpaid National Guard, all of which mushroomed under the previous oil-fueled regime. Cutting these groups’ size and influence would enable the military to emerge as the sole guardian of national security, he writes for Project Syndicate:

The Algerian and Sudanese demonstrators seem to have learned hard lessons from the Arab Spring. So far, they have shown an unwavering commitment to reducing the governance role of their countries’ armies. The next few weeks will show whether they can wrestle enough control from the generals to start building a more hopeful future.

But many within Sudan’s protests fear that the powerful monarchies in Saudi Arabia and the UAE are using their immense wealth to suppress democracy and support a “counterrevolution,” as they have been accused of doing elsewhere in the region, The Washington Post adds.

“A soft landing for the old regime is being orchestrated by some Middle Eastern powers so that they can keep their allies in power,” Mohamed Yusuf al-Mustafa, the head of the Sudanese Professionals Association, said in an interview. His coalition of doctors, lawyers and others has been central in organizing the demonstrations. “They are not our enemies. But they are risking the goodwill of the Sudanese people.”

The Saudis and UAE reportedly pledge $3 billion in aid to Sudan [deemed Not Free by Freedom House, a National Endowment for Democracy partner] this week.

The Saudi-UAE campaign has won either Western support or indifference by framing the narrative as a choice between Islamists and chaos or military strongmen and stability, CS Monitor reports.

“As of now they have been more successful in their counterrevolutions than the revolutionaries were themselves. The UAE and Saudi have been completely free to roll back freedoms achieved across the Arab world,” says Andreas Krieg, a lecturer in security studies at King’s College London.

A repeat of the Egyptian scenario is very much in the cards in both Algeria and Sudan, argues Mohammed Ayoob, University Distinguished Professor Emeritus of International Relations, Michigan State University, and a senior fellow for the Center for Global Policy. As the Egyptians learnt to their great cost the fall of the symbolic ruler does not automatically lead to the transformation of the autocratic system, he writes for The National Interest.

“The real power holders in the system, the military top brass, are far more difficult to dislodge than figurative rulers such as Mubarak, Bashir and Bouteflika,” he adds. “Only sustained pressure over a long period and a well-organized cadre party willing to make substantial sacrifices in life and property can achieve this goal.” 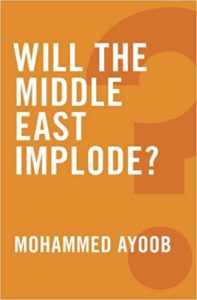 “Both these variables do not seem to be present in Sudan and Algeria,” says Ayoob, author of The Many Faces of Political Islam and, most recently, Will the Middle East Implode, and editor of Assessing the War on Terror.

For many months, Sudanese protesters had discussed ways to avoid Egypt’s trajectory, in which popular protests in 2011 followed by elections ultimately resulted in a military coup and an authoritarian government backed by Saudi Arabia and the UAE, according to Khalid Mustafa Medani, an associate professor of political science and chair of the Africa studies program at McGill University, the Post adds.

“They were ready for Saudi to intervene in opposition to democracy,” he said. “The consciousness was already there.”

But if the protesters in Algeria and Sudan succeed in their demands to dismantle the security “deep state” in these countries, the result would be a delayed but fitting continuation of the 2011 upheavals,” analyst Emile Nakhleh writes for The Cipher Brief. 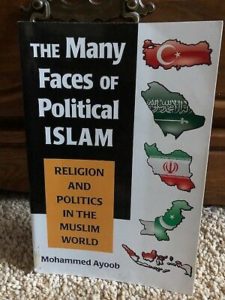 Political Islam – the ideology of Islamism – has imitated, or colluded with, the state autocracies it claims to oppose, argues Hicham Alaoui, a visiting fellow at Harvard’s Weatherhead Center for International Affairs. It has failed to suggest its own answers to economic problems, social justice, education or corruption, he contends.

The Georgetown University Center for Contemporary Arab Studies (CCAS) holds a conference and book launch on “The Lure of Authoritarianism, The Maghreb after the Arab Spring.”

— 10:30 a.m.: Session on “Democratic Pressure, Social Demands and Instability in the Maghreb”