[A new European Union] budget deal, in the view of many outside experts, may actually end up bolstering Mr. Orban because his government stands to receive a large infusion of cash before the country’s 2022 national elections. Mr. Orban has already been accused by critics of using public funds to reward loyalists and build support. In the legislation passed on Tuesday, the government has redefined public funds in a way that critics say will make it much more difficult for journalists to scrutinize the use of the money.

“Orban constantly changes the rules to the game,” said Akos Hadhazy, an opposition lawmaker. “Hungary is sure to receive massive subsidies from the E.U. over the next two years, which will make it easier for the prime minister to issue payouts to those who serve him.”

But a new mechanism allowing the EU to cut off funding to members that flout the rule of law will come into force next month, adding a much-needed tool to the bloc’s malfunctioning kit for upholding fundamental values. “It’s a total defeat for Orban and a victory for democrats in Europe,” said Klara Dobrev, a Hungarian opposition MEP, the FT reports:

Ms Dobrev said she hoped the commission could quickly build a case. For example, the ECJ has already ruled that Poland is failing to protect judicial independence, proving, she said, an effective legal remedy against misspent EU funds cannot be guaranteed. But the commission is wary of taking such a sweeping approach, which should be the job of the member states but which they have been reluctant to pursue. Instead Brussels will want to tackle narrower, more concrete breaches and hope that national capitals, especially Berlin, take a more robust stand against autocrats in their midst.

“It is not a silver bullet,” said one official. “It is part of a salami slice method to put sufficient pressure [on a country] to stop certain things. The question is whether we will have sufficient political pressure as well.” 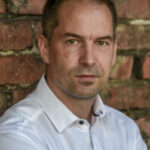 Faced with these multiple challenges, the Orban government’s “propaganda machine is starting to rust,” says analyst Peter Kreko (left) from the Political Capital think tank, a Reagan-Fascell fellow at the National Endowment for Democracy (NED).

Above all, the rule of law battles expose a costly failure of EU foresight about how “fundamental things are actually much more fragile than we thought they were”, says Julia De Clerck-Sachsse, a former EU adviser who is now a senior non-resident fellow at the German Marshall Fund of the United States.

“There was so much euphoria that democracy was winning that there was a sense we didn’t need to protect it. But it was much more vulnerable than we would ever think,” she tells the FT.

The challenge to the common values of the European Union coming from member states has been engaging European thinkers and actors for the past decade, notes Zsolt Körtvélyesi, assistant professor at ELTE Eötvös Loránd University in Budapest, Hungary.

In her speech as candidate for the Commission Presidency, von der Leyen underlined the importance of maintaining the rule of law, rejecting any compromise on the issue, he writes. In her first round of interviews as elected president, she seemed to scale back, arguing that no one is perfect; she described current debates as bitter and not objective enough, leading to unnecessary rifts with Central and Eastern European countries.