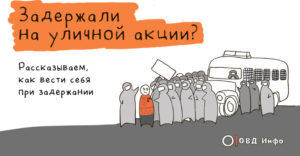 More than 1,000 people were detained at anti-corruption protests across Russia on Monday, AP reports:

The OVD-Info group, which tracks police detentions and posts the names of the detainees on its website, said that 1,018 people were detained during Sunday’s demonstrations against a government plan to increase the ages at which Russians collect their state pension. Nearly half of those detained were rounded up in St. Petersburg, according to the OVD-Info. Russia’s second-largest city arguably saw the most robust response with riot police charging at protesters with batons. Minors and elderly people were among those arrested. 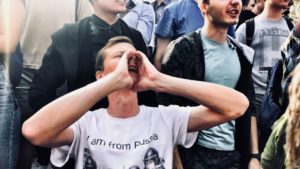 Thousands of Russians rallied against government-backed pension reforms and hundreds of them also faced arrest Sunday, as Kremlin-backed candidates for the powerful mayor’s post in Moscow as well as a majority of regional governorships appeared headed to easy victory in elections scattered across the country, VOA adds.

The split screen images of smiling voters on TV, and protesters facing down baton-wielding police on the internet, once again raised questions about Russia’s system of so-called “managed democracy” in which political freedoms are tolerated, but only to a degree.

Fresh sanctions against Russia could hit emerging markets, prompting a fresh stampede from fragile economies, according to some investors and analysts. That is precisely why further smart sanctions should target Kremlin-linked kleptocrats, others suggest. 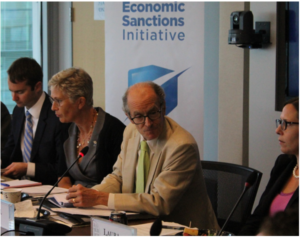 “We should go after Putin’s cronies,” Fried told the Senate Banking Committee last Thursday. “The Russians [oligarchs] park their money in Miami, New York and London. We shouldn’t let them do it. We should expose this.”

Economic sanctions could deter Russia from interfering in future U.S. elections, but only if there is better coordination between the White House and Congress, CN’s Brandi Buchman reports:

According to Fried, effective options for sanctions on Russia’s finance sector could include steps against new Russian sovereign debt, prohibiting new debt financing for Russia state-owned companies and blocking some state-run banks. But that can be risky, he said.

“Fully blocking sanctions against all state-owned banks could trigger financial blowback that would not be in the U.S. or broader Western interest,” said Fried, a board member of the National Endowment for Democracy.

“Putin’s a rational person,” said former undersecretary of state Nicholas Burns. “He’ll understand that those are going to be the penalties; we’ve got to make sure that he perceives we’re serious about it.”