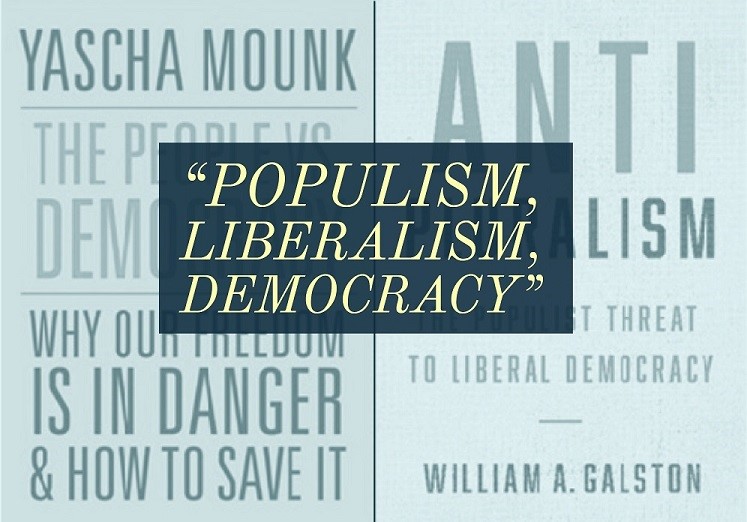 Liberal democracy is threatened by populism of both left and right, according to former British Prime Minister Tony Blair.

What unites the new caudillos such as Turkey’s Recep Tayyip Erdogan, Venezuela’s Nicolas Maduro, Hungary’s Viktor Orban, Russia’s Vladimir Putin, and many others is that they have established one-person authoritarian systems in which their whimsical power over personnel extends well beyond the state bureaucracy and all the way into societal institutions, according to Henri J. Barkey, professor of international relations at Lehigh University and a senior fellow at the Council on Foreign Relations.

Wherever possible, they have their opponents arrested and jailed; more importantly they dismantle institutions one-by-one (even if some of those institutions were very flawed to begin with), he writes for The American Interest:

Having come to power through elections, or having had their elevation confirmed by elections, these leaders feel the need to show that they are still committed to a “democratic” system. In reality this increasingly amounts to the charade of meaningless elections whose results are preordained. In Russia, Turkey, and Venezuela, opposition leaders are routinely beaten, their access to the ballot box is prevented through the use of dubious legal tricks, or they are accused of being traitors to the nation or simply jailed.

This is what Princeton’s Kim Lane Scheppele calls “autocratic legalism,” the dismantling of constitutional systems to remain in power permanently, Barkey adds.

As the world faces a rising wave of illiberal populism, one aspect of this phenomenon that remains poorly understood

is—ironically—what “the people” really think, notes Stanford University’s Larry Diamond (right). Election results tell us whom the voters choose, and exit polls may begin to tell us why. Political journalists interview voters to try to understand what their votes are saying. But an important question remains: Are people merely punishing incumbent parties and politicians, or are they losing faith in democracy itself?

The short answer is a mixed one, he writes for the American Interest:

Citizens in established democracies still overwhelmingly prefer democracy as the best form of government. But significant portions of the public in many advanced democracies are open to authoritarian alternatives. In recent years, at least a fifth of the public in many advanced democracies like the idea of having “a strong leader who does not have to bother with Congress and elections.” In the United States, a quarter of adults endorse that option, and 18 percent say that “having the army rule” would be a good or very good idea. In all, three in ten Americans embrace at least one of these two authoritarian options.

“These were some of the findings from a July 2017 survey of 5,000 Americans released by the Democracy Fund Voter Study Group,” Diamond adds. “The survey report, Follow the Leader (left), co-authored by New America Senior Fellow Lee Drutman, Democracy Fund President Joe Goldman, and myself, highlights some encouraging trends but also some deeply troubling ones.”

A populist and illiberal tide is gaining strength across the globe, posing a serious threat to liberal democracy. At a forthcoming National Endowment for Democracy forum, prominent political scientists and commentators William A. Galston and Yascha Mounk discuss the factors fueling populism’s rise and how democracies can effectively respond. Both Galston and Mounk have written articles addressing these questions that will appear in the April 2018 issue of the NED’s Journal of Democracy. The event will also celebrate the appearance of newly published books by each of these authors: Galston’s Anti-Pluralism: The Populist Threat to Liberal Democracy (above) and Mounk’s The People vs. Democracy: Why Our Freedom Is in Danger and How to Save It.

Author, The People vs. Democracy: Why Our Freedom Is in Danger & How to Save It

Twitter: Follow @ThinkDemocracy and use #NEDEvents to join the conversation. Copies of the books will be available for purchase at the event. All cameras and media must register with NED public affairs. Please email press@ned.org to register as a member of the press.