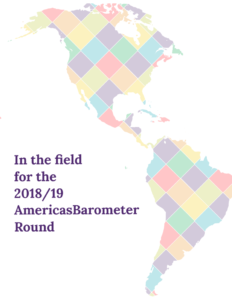 Support for democracy is on the slide in the Americas, with barely more than half of citizens endorsing democratic governance for the second survey in a row, according to the 2018/19 AmericasBarometer report. Some twenty states across North and South America, including the Caribbean, were surveyed in this latest round of the AmericasBarometer, which is conducted every two years by LAPOP, a survey research lab at Vanderbilt University.

In the Latin America and Caribbean (LAC) region, support for democracy has failed to rally following a significant fall two years ago, Vanderbilt’s Liz Entman writes: 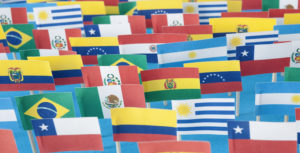 “The newest data show troubling signs that democracy is at risk of further backsliding in the Americas,” said Elizabeth Zechmeister, Cornelius Vanderbilt Professor of Political Science and director of LAPOP. “When citizen support for democracy is weak, it becomes difficult for nations to sustain free and fair political systems and leaves them vulnerable to authoritarian rule.”

The results will be presented on Tuesday, Oct. 15, at the Wilson Center in Washington, D.C. The event will also be webcast – the webcast link will be available here.

“Latin Americans are looking to presidents to solve pressing issues like poverty, food insecurity and crime,” noted Noam Lupu, associate professor of political science and associate director of LAPOP. “And they are increasingly willing to forego democratic institutions like checks and balances to get things done.”