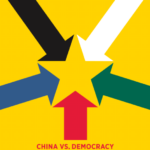 While not addressing U.S. President Joe Biden by name, China‘s Xi Jinping attacked the notion of a democratic counter-offensive against Beijing’s growing authoritarianism, Newsweek reports. During a pointed Davos speech, he made his stance on China’s policies clear through the subtext of his remarks, which included the line: “We should respect and accommodate differences, avoid interfering in other countries’ domestic affairs and solve disagreements through consultation and dialog.”

“To build cliques or start a new Cold War; to reject, threaten or intimidate others… will only push the world into division and even confrontation,” Xi added, in a likely reference to Biden’s call for a “coalition of democracies” to counter China. 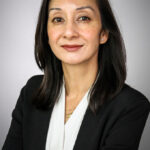 Strengthening democracy abroad is a priority for the Biden administration, evident in its commitment to hold a “summit of democracies” to galvanize support for fighting corruption, combating authoritarianism, and advancing human rights, notes analyst Patrick W. Quirk. The president has also elevated the issue within his National Security Council staff by creating a high-level coordinator for democracy and human rights [former NED staffer Shanthi Kalathil, right]. As it crafts its broader democracy agenda, the administration will identify priorities, metrics to assess progress, and guiding principles that inform how it will use available tools to accomplish objectives, he writes for Brookings.

One such guiding principle should be bolstering the “resilience” of democratic systems — that is, helping to make them better able to effectively deal with, recover from, and innovate following domestic and foreign challenges. To make democracies more resilient to domestic and foreign challenges, the Biden administration can do four things, he suggests:

The US must forge a concert of democracies to bring sustained multilateral pressure to bear on China, says a leading Asian strategist.

The only way to preserve a stable regional balance of power is with a rules-based, democracy-led order, argues Brahma Chellaney, Professor of Strategic Studies at the New Delhi-based Center for Policy Research and Fellow at the Robert Bosch Academy in Berlin. Over the last year, this vision has spurred the region’s democracies to deepen their strategic bonds and inspired even the faraway democracies of Europe to implement supportive policies, he writes for Project Syndicate.

Under the Biden administration’s leadership, countries must now build on this progress, creating a true concert of democracies capable of providing stability and balance in the Indo-Pacific, he observes. Biden seems to understand this, having made clear his intention to build a united democratic front to counter China.

Earlier this week, the Washington Post suggested that foreign policy is a good place to start finding bipartisan unity, an idea I support, adds American Progress analyst Brian Katulis. “We must stop politics at the water’s edge,” Senator Arthur Vandenberg of Michigan said at the dawn of the Cold War era, when he was the Republican head of the Senate Foreign Relations Committee and Democrat Harry Truman was President. 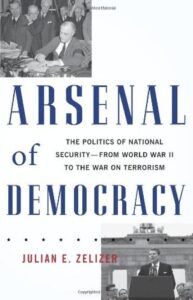 But in today’s divided times with a media and politics that thrive on discord, that’s easier said than done.  Besides, as historian Julian Zelizer points out in his book Arsenal of Democracy – the truism of politics stopping at the water’s edge was a false notion throughout the decades of the Cold War. Republicans and Democrats alike have tried to use national security to their advantage for years, he writes for the bipartisan Liberal Patriot (below).

Foreign policy debates are more open to a wider array of voices – and that’s a good thing overall. The barriers to entry are lower, and the diversity of perspectives would ideally make things better in terms of policy. But the sum isn’t greater than the individual parts for a few reasons, Katulis contends:

A bipartisan, pro-democratic initiative. What’s not to like? https://t.co/omoxhdh2rH