Taiwan’s democracy is a model for the world amid the global rise of authoritarianism, said Kenneth Wollack, chairman of the National Endowment for Democracy (NED). The nation demonstrated that “in a world of strongmen, a strong woman could lead a democracy,” he added in remarks during a meeting with President Tsai Ing-wen at the Presidential Office in Taipei (above).

“We recognize that this is a young democracy that emerged after nearly four decades of martial law. Despite continuing internal and external challenges, this is not a place where democracy is in peril,” said Wollack, who is leading a delegation of democracy advocates to the 11th Global Assembly of the World Movement for Democracy.

“We have seen how authoritarian regimes are attempting to undermine the stable functioning of democratic institutions using diverse methods that include economic, cyber, and cognitive warfare,” President Tsai told the delegation, which included NED President and CEO Damon Wilson, NED board members Anne Applebaum, Stuart Applebaum, Kelley Currie and Eileen Donahoe, as well as the National Democratic Institute’s Derek Mitchell, the Solidarity Center’s Shawna Bader-Blau, and Andrew Wilson of the Center for International Private Enterprise (CIPE). Meeting under the rubric of  “Claiming the Democratic Future: Unifying Voices for a New Frontier,” the assembly aims to generate greater unity amongst anti-authoritarians and to foster democratic momentum.

Prior to the assembly, young democracy leaders came together through the What’s Next Initiative, a series of consultative meetings worldwide taking place from May through August to discuss their vision of a democratic future, Rappler adds:

Among the speakers is Rappler’s founder and executive editor Maria Ressa, who will be making part of the opening remarks, and hosting an October 26 session called “Winning the Battle for Facts” together with Lebanon’s Alia Ibrahim, founder and CEO of Daraj.com, an independent digital media platform. American journalist Anne Applebaum, a staff writer for The Atlantic, will be holding an October 25 session called “Fighting for Democracy in a New Era,” while leaders from around the world will gather in a forum moderated by democracy expert Larry Diamond, a senior fellow at the Freeman Spogli Institute for International Studies, Stanford University’s main center for research on international issues. 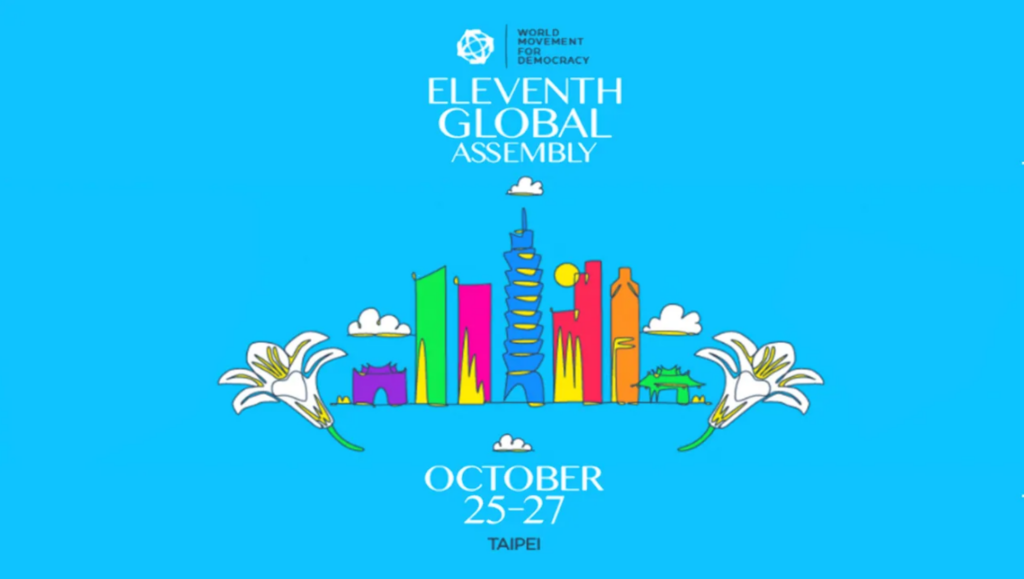