Understanding the deep roots of Taiwan’s democracy helps to explain the resolve of contemporary Taiwanese, according to analysts Evan Dawley and Wayne Soon.

Taiwan’s 2020 elections produced a landslide victory for Tsai Ing-wen (above) as president and the Democratic Progressive Party (DPP) as the dominant party in the legislature. Voters in Taiwan appeared to have based their decision on the ongoing crisis in Hong Kong, they write for THE DIPLOMAT: 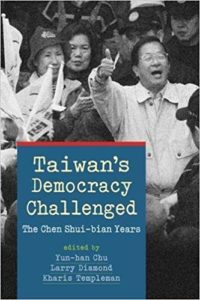 However, we should also view the recent vote in a longue durée perspective. The emergence of true democratic elections in Taiwan after the end of martial law in 1987 was a process that began at least as early as the 1920s, when Taiwan was a Japanese colony and Taiwanese consciousness developed alongside a range of political movements and activities.

China’s hard-line approach to Taiwan and the social unrest in Hong Kong are the two main factors that led to her landslide victory in the 2020 election, argues Christina Lai of Taiwan’s Institute of Political Science at Academia Sinica.

“The brutal use of the Hong Kong police force and China’s hard-line approach to cracking down on the protests have significantly raised political awareness among the younger generations in Taiwan,” she told the National Bureau of Asian Research. “The eruption of the protests in Hong Kong also created a sense of urgency among voters, as concern grew that China’s authoritarian rule toward its own people and hard-line approach toward Hong Kong would ultimately jeopardize the autonomy of Taiwan.”

Xi appeared poised to buck that status quo and prepare the way for Taiwan to join the Mainland after a favorable outcome in the 2020 elections, notes Daniel Tenreiro. Now, with its efforts to subvert Taiwanese democracy thwarted, the CCP must choose between tolerating unprecedented support for Taiwanese independence or subduing the island by force, he writes for The National Review: 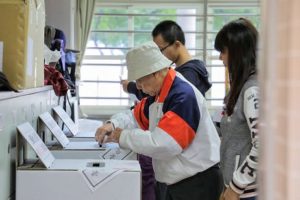 For their part, Chinese leaders maintain that the “great trend of history” moves towards unification. “Momentary reversals are but just bubbles left behind by the tides of history,” read a state-media response to the election outcome. But the path to Chinese unity — in Taiwan, Hong Kong, and Xinjiang — is beset by peoples willing to resist Communist rule by any means necessary. At least for now, Xi’s new China remains forestalled. 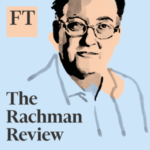 Taiwan is treading a fine line between China and democracy, FT analyst Gideon Rachman suggests. In the wake of Tsai Ing-Wen’s re-election, Rachman discusses the Asian island’s future ties with China and the rest of the world with Shelley Rigger, a professor at Davidson College  and Taiwan expert, Ketty Chen of the Taiwan Foundation for Democracy [a partner of the National Endowment for Democracy (NED)] and Professor Alexander Huang, adviser to the opposition KMT party.