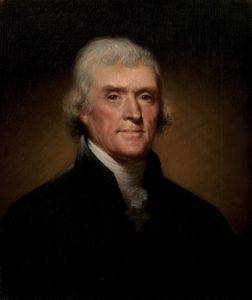 In a letter to James Madison, Thomas Jefferson wrote:

Educate and inform the whole mass of the people. Enable them to see that it is their interest to preserve peace and order, and they will preserve them. … They are the only sure reliance for the preservation of our liberty.

Today, 230 years after Jefferson composed these words, the United States finds itself in a crisis of democracy, in which the future of our liberties and our republican form of government hang in the balance, the Albert Shanker Institute notes:

What role should American education play in responding to this crisis of democracy? How should we teach democratic citizenship in our schools and universities to ensure that the “whole mass of the people” can see that it is their interest to preserve the republican government established by the founders to sustain liberty and democracy? How can America’s educators ensure that their classrooms and lecture halls are places where students learn to recognize demagoguery, oppose bigotry and resist tyranny?

A fellow of the MacArthur Foundation and a member of the American Academy of Arts and Sciences, Danielle Allen is a political philosopher and the author of the award-winning books Talking to Strangers: Anxieties of Citizenship since Brown v. Board of Education and Our Declaration: A Reading of the Declaration of Independence in Defense of Equality. Yale professor, Timothy Snyder is a widely respected historian of the rise of totalitarianism in 20th-century Europe and the author of On Tyranny: Twenty Lessons from the Twentieth Century. A civics educator by profession, Randi Weingarten began her classroom career teaching American history and government, political science and law in Brooklyn, N.Y., at Clara Barton High School. She has served as president of the AFT since 2008.

This e vent will be livestreamed. RSVP