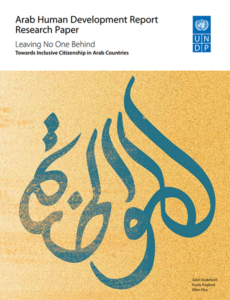 Since the 2011 uprisings, Arab countries have struggled to define a new social contract that would insulate their citizens from forces of exclusion—forces that range from poverty, inequality and unemployment to water scarcity, corruption and gender discrimination, the Atlantic Council’s Rafik Hariri Center for the Middle East and the United Nations Development Programme observe.

In some cases, reforms and policies aiming at modernization have, as an unintended consequence, generated greater inequality rather than greater inclusion. In other cases, exclusion has fueled societal tensions, instability and ultimately violence, putting people at greater risk of marginalization. If ongoing conflicts are not resolved and demographic projections do not deviate from current trends, 40 percent of people in Arab countries will live in crisis and conflict conditions by 2030.

The Atlantic Council’s Rafik Hariri Center for the Middle East and the United Nations Development Programme host a presentation* previewing the forthcoming 2019 Arab Human Development Report, followed by a panel discussion. The report will focus on the struggle for citizenship in all its dimensions in Arab countries. Dr. Adel Abdellatif, Senior Strategic Advisor at the Regional Bureau for Arab States, will present the conceptual framework for the forthcoming report (briefly outlined in this research paper) and preview some of the preliminary results of surveys conducted in twelve Arab countries. RSVP 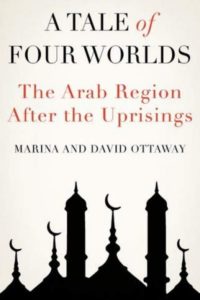 First came the disintegration of the Ottoman Empire following World War I; then, in the 1950s and ’60s, the Nasser-inspired wave of Arab nationalism and socialism. The Arab world’s third great political cataclysm of the past 100 years—the 2011 uprisings—has also brought permanent changes, but not as its activists had hoped, David Ottaway and Marina Ottaway observe. Their consequences have differed greatly from area to area, splintering the Arab region into four different worlds, they write in “A Tale of Four Worlds: The Arab Region After the Uprisings”: 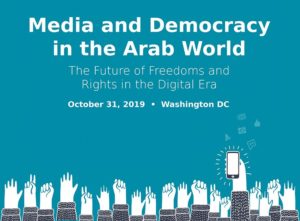 Arab Center Washington DC is organizing its fourth annual conference dedicated to exploring the role of media and new technologies in human rights and democracy in the Arab world. The conference will address the following questions: