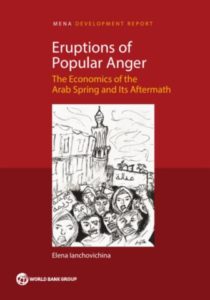 In the spring, major protests swept through Jordan over economic grievances and subsidy reforms. In July, protesters took to the streets in the south of Iraq, demanding that the government address persistent unemployment, underdevelopment and corruption, say analysts Kristin Fabbe  Melani Cammett and Marc Lynch. In January, Tunisians launched a wave of protests to oppose tax hikes on basic goods and on the increased cost of living. Iranians protested in large numbers that month over unemployment and economic hardship. In September, Yemenis in the south protested against economic hardship and alleged corruption, they write for The Washington Post’s Monkey Cage:

Such highly politicized responses to social policy concerns are the norm rather than the exception across the Middle East and North Africa. Social policy is where most citizens actually encounter the state, and where policy most impacts people’s lives. Social issues were arguably at the heart of the political grievances underlying the Arab uprisings of 2011. Young populations frustrated over a lack of access to jobs took to the streets, joined by citizens protesting political repression and poor social service provision. While the 2011 protest wave has long since faded, the underlying economic and social problems have only become more intense. 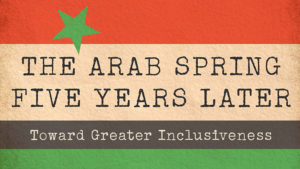 The fundamental bargain underpinning stability in Middle Eastern states is coming undone, and unless regional leaders move quickly to strike new bargains with their citizens, even larger storms will come, according to a prominent analyst. Two perfect storms have struck the Arab world in the past decade, says Marwan Muasher, vice president for studies at Carnegie.

In 2011, in what was at first optimistically called “the Arab Spring,” popular uprisings unseated autocrats across the region. Hopes ran high that these peaceful protest movements would usher in a new era of democracy in the Middle East. But except in Tunisia, they ended in turmoil or deadly civil wars. Then, in 2014, the region’s leaders were dealt another blow when the price of oil plummeted, threatening the basic model of governance on which their power rested, he writes for Foreign Affairs:

On the surface, many Arab states appear to have weathered these two storms—however shakily. But there is more turbulence ahead. The shocks of 2011 and 2014 were just the first symptoms of a deeper transformation under way in the region: the fundamental bargain underpinning stability in Middle Eastern states is coming undone, and unless regional leaders move quickly to strike new bargains with their citizens, even larger storms will come.

Such developments highlight the need for a new social contract in the region, adds Muasher, a conclusion shared by a new Carnegie analysis, Arab Horizons, and by the Project on Middle East Political Science and the Harvard Middle East Initiative led by Tarek Masoud, which convened a workshop to discuss these issues. The resulting papers, available as a free open-access collection, can be downloaded here.