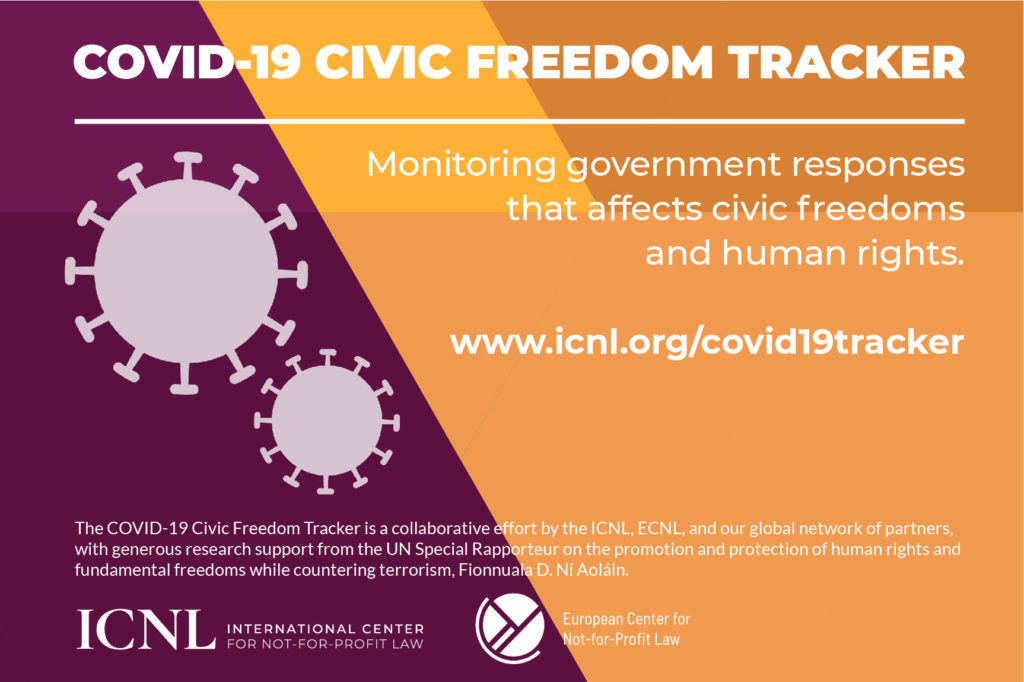 Democracy is demonstrating resilience during the Covid pandemic, according to recent research. But…..

Will governments around the world use the pandemic to grab more power and override individual rights?  Many scholars, pundits and journalists have been asking that question. As policymakers begin to discuss reopening plans and some countries begin to declare victory over covid-19, will they restore the rights they’ve limited? asks Chrystie Swiney, a legal scholar at the Sunwater Institute.

In the 1980s, economist Robert Higgs developed the “ratchet effect theory” to explain crises like the one we are currently experiencing. This theory holds that during crises, governments expand the size and scope of their powers, but when the crisis ends, these expanded powers never fully return to pre-crisis levels, she writes for the Post’s Monkey Cage blog. Research suggests two factors that counteract the ratchet effect, adds Swiney, co-editor of the forthcoming “Cambridge Handbook on Innovations in Commons Research”:

“In this new era, a key question emerges: when confronted with grave threats such as those caused by a major health crisis, do citizens trust the democratic system to respond?” PsyPost asks.

A recent study investigating the political attitudes of citizens of Western European countries suggests that lockdown policies have increased support for democracy. The study, published in the European Journal of Political Research, suggests that confinement measures have increased citizens’ support for their prime minister or president by about 4% and trust in government by around 3%:

Study authors Damien Bol and colleagues explain that a large-scale crisis like a pandemic can either reinforce or diminish the standing of political parties. This public support depends on whether or not citizens feel the institutions have appropriately handled the crisis. The COVID-19 pandemic required unprecedented and quick action by government leaders around the world, many of whom turned to strict confinement measures in order to limit the spread of the virus.

“Whether this allows sustained action against COVID-19 virus remains to be seen,” the researchers add. “Yet, it seems that this pandemic has maybe offered the opportunity to reconcile part of the population with its political leaders and democratic institutions.” 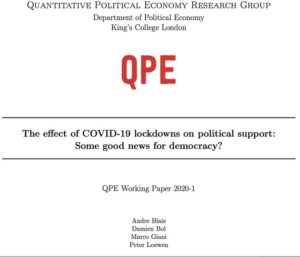 The study, “The effect of COVID-19 lockdowns on political support: Some good news for democracy?”, was authored by Damien Bol, Marco Giani, André Blais, and Peter John Loewen.

The new social construct being formed between governments and populations in the coronavirus era is testing government accountability and transparency, argues Dr. George N. Tzogopoulos, a BESA Research Associate and Lecturer at the European Institute of Nice and the Democritus University of Thrace.

This is a probationary period for Western countries, and the new social contract being constructed between governments and citizens will play out largely on the internet. The success of those governments’ adjustment to this new reality could determine their fate, he wrote in the Jerusalem Post.