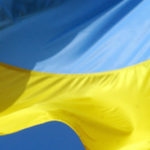 A former senior aide to Russian President Vladimir Putin has warned that Ukraine will never be able to regain control over the country’s separatist-controlled east, where Russia-backed rebels and Ukrainian forces have fought for almost six years, Associated Press reports (HT:FDD).

The U.S. Department of State, Bureau of Democracy, Human Rights and Labor (DRL) has announced an open competition for organizations interested in submitting applications for projects that support social cohesion and national unity in Ukraine: 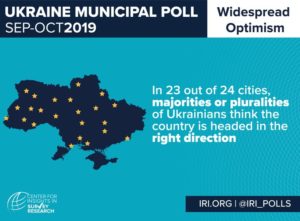 While Russia’s aggression against Ukraine has had the effect of uniting Ukrainians against a common enemy, societal divides and mutual stereotypes still persist. DRL’s goal for this project is to bring together media, civil society, and youth actors from different geographic regions of Ukraine to work on joint projects that will have the effect of increasing national unity, promoting civic identity, and fostering informed and constructive dialogue on issues central to Ukraine’s European future.  As a result of this project, Ukraine will be stronger and more unified as a democratic nation, better equipped to successfully pursue critical reforms and withstand Russian efforts to exploit societal fault lines.

Activities may include subgranting to support relevant cross-regional civic initiatives, creation of relevant media content, advocacy campaigns, civic education, opportunities for joint volunteer projects, and exchanges/study tours/press tours/co-creation activities across regional and other divides.  Activities may also include, but should not be limited to, initiatives that address the cross-regional challenges faced by vulnerable groups that face exclusion from parts of Ukrainian public life, such as internally displaced persons (IDPs), Roma, LGBTI persons, and/or persons with disabilities.