The major dividing line in effective crisis response will not place autocracies on one side and democracies on the other, argues Stanford’s Francis Fukuyama. Rather, there will be some high-performing autocracies, and some with disastrous outcomes. There will be a similar, though likely smaller, variance in outcomes among democracies. The crucial determinant in performance will not be the type of regime, but the state’s capacity and, above all, trust in government, he writes for the Atlantic:

So while America may be slow to act at first, once it is up to speed, it can probably match the capabilities of most authoritarian governments, including China’s. Indeed, one can argue that because power in the U.S. is democratically legitimated, it is more durable in the long run than the authority of a dictatorship. In addition, the government can draw on ideas and information from citizens and civil society in a way that China cannot. And for all that U.S. federalism fractures authority, it also creates a 50-state laboratory for new ideas. 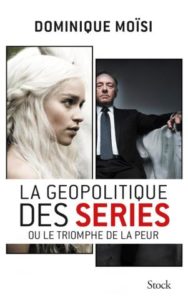 Epidemics have put freedom-loving societies to the test at least since the plague struck Periclean Athens in 430 BCE, he writes for the Washington Post;

The difference is that today the tools of epidemiology are also potentially perfect instruments of totalitarianism. From China to Singapore and the West, governments are using or deploying artificial intelligence, facial recognition and social-contact analysis to trace the viral pathways. These same technologies can also turn into permanent surveillance for other purposes.

Democracy without a civic culture, a common phenomenon in the West, is a recipe for disaster in the event of a pandemic, argues Dominique Moisi, a special adviser at the Institut Montaigne in Paris, and the author of La Géopolitique des Séries ou le triomphe de la peur.

Asian societies may be better prepared to fight pandemics, because they have found a better balance between the individual and the collective, he writes for Project Syndicate:

This is not a matter of political regimes. After all, the Asian countries that so far have best managed the pandemic include democracies such as South Korea, Taiwan, and Japan, a country with democratic institutions and the rule of law (Singapore), and a purely authoritarian state (China). Rather, the key difference is the spontaneous (or in China’s case enforced) practice of civic values in these Asian societies.

Yet, the COVID-19 crisis may eventually have a positive impact on Western democracies, Moisi adds, by reinforcing trust in experts, and exposing and disqualifying charlatans. 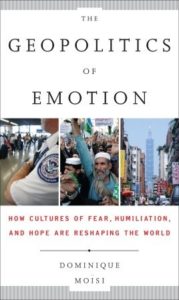 The contest in the exercise of power between democratic adaptability and autocratic ruthlessness will shape all of our futures, argues David Runciman, professor of politics at Cambridge University. Under a lockdown, democracies reveal what they have in common with other political regimes: here too politics is ultimately about power and order, he writes for the Guardian:

But we are also getting to see some of the fundamental differences. It is not that democracies are nicer, kinder, gentler places. They may try to be, but in the end that doesn’t last. Democracies do, though, find it harder to make the really tough choices. Pre-emption – the ability to tackle a problem before it becomes acute – has never been a democratic strength. We wait until we have no choice and then we adapt. That means democracies are always going to start off behind the curve of a disease like this one, though some are better at playing catch-up than others.

However, there is another way of thinking about the relevance of Hobbes’ political philosophy to our viral times. The Leviathan was condemned on publication as the work of a dangerous radical. Hobbes showed that political power was an invention. There was nothing “given” or divinely ordained about the legal order founded by the Leviathan – it was invented by those who agreed that the Leviathan was necessary.

“Hobbes’ lesson is that a democracy can be seen as an invented political order,” he adds. “The Leviathan is our collective, democratic power.”

The COVID-19 pandemic is not only a global health crisis, it has now become the newest front line in an escalating competition in which revisionist powers seek to undermine U.S. global standing and leadership, the Hudson Institute observes:

With China appearing to have contained the spread of the virus as the United States and its European allies are seeing cases surge, the Chinese Communist Party has pivoted to exploit the worldwide crisis to its benefit—and some observers think it will succeed. Beijing is using propaganda to discredit the United States and extending offers of assistance to afflicted hotspots to catalyze its own soft power capabilities. Russia is also portraying itself as a capable and responsible actor while Iran heaps blame for its coronavirus outbreak on Washington.

The current moment, however, is not without opportunities for the United States, Hudson adds. The creativity and entrepreneurialism of the U.S. private sector make it better positioned to develop solutions for and recover from the pandemic than its authoritarian competitors.

This event – How Will the Coronavirus Pandemic Impact Great Power Competition? – will be livestreamed only starting at 12:00 p.m. EDT, Tuesday, March 31. Speakers: Hudson analysts Eric Brown, Michael Doran, Blaise Misztal and Nadia Schadlow, a board member of the National Endowment for Democracy (NED).

In the midst of the pandemic, NDI launched a decade-long campaign to Change the Face of Politics (above), noting that despite progress on women’s political empowerment in recent years, the pace and scale of change are inadequate.