Ethiopia’s Abiy Ahmed faces a hard choice between a shift towards authoritarianism, or the difficult task of generating confidence and belief in his reforms,* according to Nick Cheeseman, professor of democracy at the University of Birmingham and an expert in African politics.

“What happens in Ethiopia has massive implications for the countries around it,” added Cheeseman, author of Democracy in Africa.

The Nobel laureate has his work cut out for him: protecting beleaguered minorities in Ethiopia, Matthew Taylor King writes for the WSJ in Abiy Ahmed, Vladimir Lenin and the Quest for Peace.

Sudan will deploy military forces in West Darfur and suspend peace talks there after deadly unrest in the region’s capital, el-Geneina, on Monday, Foreign Policy adds. Since former President Omar al-Bashir was ousted in April, Sudan’s transitional authorities have been holding talks with rebel groups in Darfur. The prime minister is expected to visit el-Geneina this week. 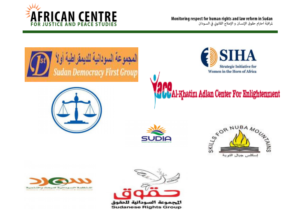 Sudan’s protest movement that swept away Bashir has opened the way to younger political figures. But some may not be any more progressive or less predatory than the former ruler, The Guardian adds.

For the Africa in Transition blog, CFR’s John Campbell looks at the foreign troops currently fighting jihadists in the Sahel.

*The focus of a recent National Endowment for Democracy forum.